You are here: Home / ART / Steampunk Machine on a Grunge Background

We recently had a single order for 10 of these steampunk prints from our shop. The buyer loves it so much that he’s framing it as gifts for various family members and friends. We can see why he likes it so much because we think it’s absolutely thrilling. 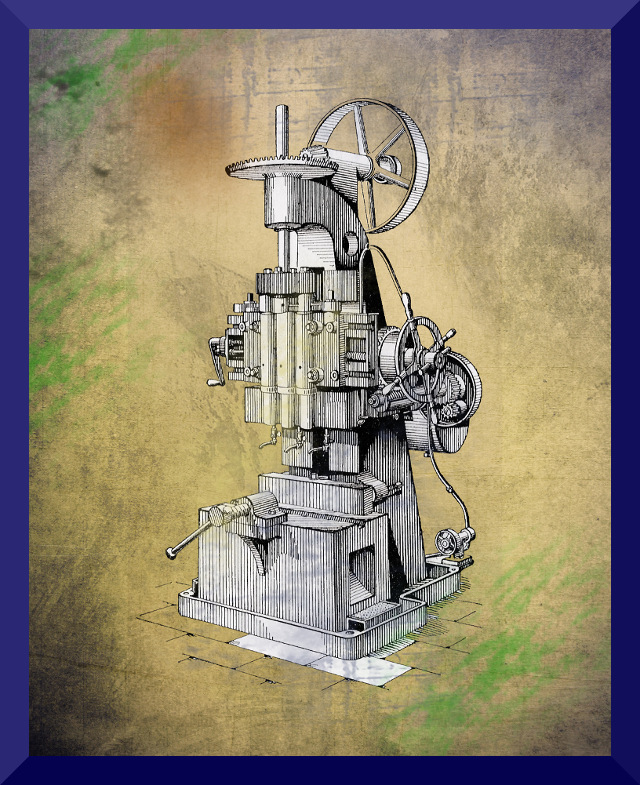 Still, others may think it hideous because the entire steampunk genre seems to have no middle ground: either you love it or you hate it. I personally think it’s grand while my son and business partner has an ”ick” reaction.

But what in the world is steampunk, anyway? Here is the wikipedia definition:

Steampunk is a subgenre of science fiction or science fantasy that incorporates technology and aesthetic designs inspired by 19th-century industrial steam-powered machinery. Although its literary origins are sometimes associated with the cyberpunk genre,  steampunk works are often set in an alternative history of the 19th century’s British Victorian era or American “Wild West”, in a post-apocalyptic future during which steam power has maintained mainstream usage, or in a fantasy world that similarly employs steam power. Therefore, steampunk may be described as neo-Victorian.

Have you ever seen the TV show The Wild Wild West starring Robert Conrad as Jim West and Ross Martin as Artemus Ward? If you have then you’ve seen steampunk in action. West and Ward were federal agents working for president Ulysses S. Grant and every week they fought nasty villains with Jules Verne-type machines.

Usually I like beauty in art and there’s nothing beautiful about steampunk – but it surely is fascinating to those who appreciate it. What about you? Do you like it – or despise it?