You are here: Home / At Home / CAUTION: Insects On Plants = Hand Remove With Care 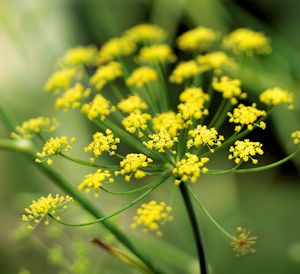 Apparently, spring has sprung and winter has bid us goodbye, at least here in Atlanta. So it’s time to start thinking about planting and my favorite edible crop is dill. I love the stuff! Fresh dill tastes heavenly and the smell is intoxicating.

The problem is that there are green caterpillars that love it, too. I think (not positive, though) they’re caterpillars that turn into butterflies, although I’m not sure of that. I’ve tried in the past to save their lives by hand removal, although it doesn’t work because they just come back. The first year they appeared I carefully removed every one of them in the morning and when I went out later that afternoon, they were all back!

Of course, I could use chemical pesticides but no way!!! I want everything as organic and clean as possible and when we grow our own crops we obviously have the power to be chemical-free.

I wear really thick rubber gloves – I DO NOT WANT TO TOUCH INSECTS!

I’ve read that hand removal is a good idea only if:

1. The insects are fairly big …

Now, I don’t even try to save them. Instead, I just drop them in a container of soapy water or vegetable oil. I’m hopeful that this year they won’t appear because I don’t want to kill possible-butterflies – but that dill crop is MINE!

CAUTION: some insects have spines or excrete oily substances that can cause injury to humans. Use caution when handling unfamiliar insects. Wear gloves or remove insects with tweezers.