You are here: Home / At Home / Home Repair Hell: The Diary of a Shower Repair

Welcome to Home Repair Hell! We are doing a shower repair to fix a problem that could have – literally – killed somebody! 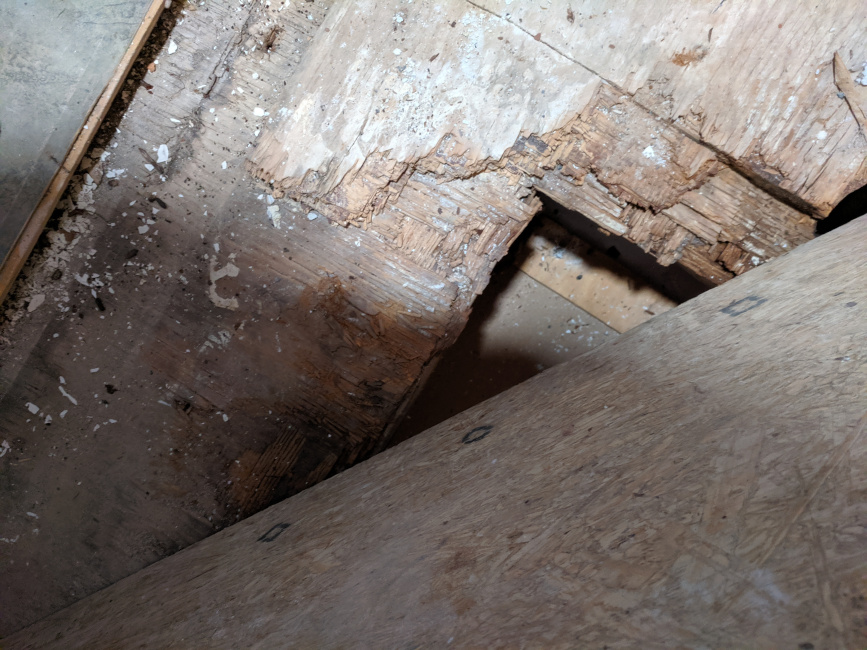 Several years ago, we hired a company named AndyOnCall to redo the shower in our master bath. Suddenly, water began pouring through the kitchen ceiling in the area directly below the shower. Our contractor has ripped out the shower and discovered why this occurred.

AOC put in a rubber pan and a tile floor above that. Apparently, there is a “flange” that allows water to drain out of the pan and the installer placed it about 1/2″ ABOVE the pan so that the water couldn’t drain. The pan had literally crystallized from the minerals in the water and the standing water began from the very first shower in the “new” bathroom.

In addition, they placed screws in the rubber pan which is apparently a real no-no and allowed water to drain there.

There is also a 4″ threshold to get into the shower but it wasn’t even attached to the floor but was being held in place by the tile. Our current contractor was shocked and said that it was only a matter of a month or two before the shower collapsed, which obviously would cause severe injury or even death to whoever was in the shower.

I have no idea whatever this was caused by incompetence or indifference but we paid AndyOnCall thousands of dollars to fix our shower. There’s a picture above showing a small piece of the shower floor. You can see how the water how damaged the floor and has even worn through the wood.

So stay tuned as we go through this fascinating project of resuscitating a shower Notes From Hell, part 2 coming up.