You are here: Home / At Home / If You Have A Comcast Security System, Read This 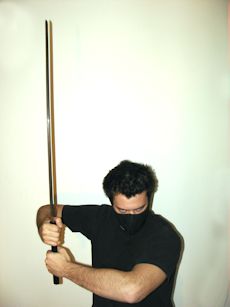 Lots of folks in our neighborhood have security systems and perhaps you do, too? But, it’s not as simple as calling a security company and assuming everything is done after they leave your home. Understand that I’m no expert at all, but there are two big decisions you will need to make.

The first biggie is: should your system be installed with wires or should it be wireless? Here we’re talking about the mechanics of installing the system – the alarms and sensors.

My son is a security whiz and he firmly believes that a wired system is much, MUCH more secure. Why? Because it’s too easy for the bad guys to disable your system if it’s wireless (see below). Yes, it’s more trouble and more expensive – but isn’t your concern the safety of your family?

The second consideration is how to let your security company know there’s a problem. According to our security company, these days many criminals are cutting phone lines to the house before trying to enter. If you have a wired notification system then … you might as well not have one because it won’t be notifying anybody of anything.

When it comes to notification, wireless is better because it’s harder to disable. Cell communication is currently more reliable than wired systems. But here comes …

A security company, Rapid7, discovered that Comcast’s wireless sensors can be jammed with standard wireless equipment thus rendering the entire security system pointless. They contacted Comcast about the problem and the company basically shrugged with indifference, so after 60 days, Rapid7 made this lack of security public.

With typical kill-the-messenger syndrome, Comcast is furious with Rapid7, blaming them for the bad publicity, but that’s absurd! Comcast owes their customers the best possible security and their indifference is just reprehensible. In the meantime, they’ve announced that they will “try” to fix the problem. TRY??? If a security system isn’t reliable, what’s the point?

To avoid any possibility of cell jammers stopping your signal to your security company, the best system is one that communicates with the company every few minutes. In effect, it broadcasts a signal that says, “I’m here”, every five minutes or so. In that way, if a jammer cuts the signal, the “I’m here” won’t be received at the security company office and an alert will be triggered.

In the meantime, if you have a Comcast security system you need to know that your home or home security is at risk and you should demand that Comcast fix the problem and fix it N.O.W.

Please know that this article was written by a total layman (that’s me, Sydney) and specific security system advice from a reputable company is the only way to go. Still, I have a basic understanding of how it all works and hope to help any puzzled citizen better understand her options.