You are here: Home / At Home / Natural Cleaning Products You (Probably) Have In Your Home, Part 4

16. How To Kill The 10 Million Bacteria Per Square Inch on Your Sponge 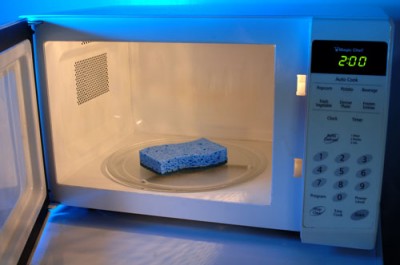 Dr Charles Gerba, professor of microbiology at the University of Arizona, claims that our toilet seats are cleaner than the kitchen sponge! So clean your non-metallic sponge often by running it through the microwave on high for two minutes. 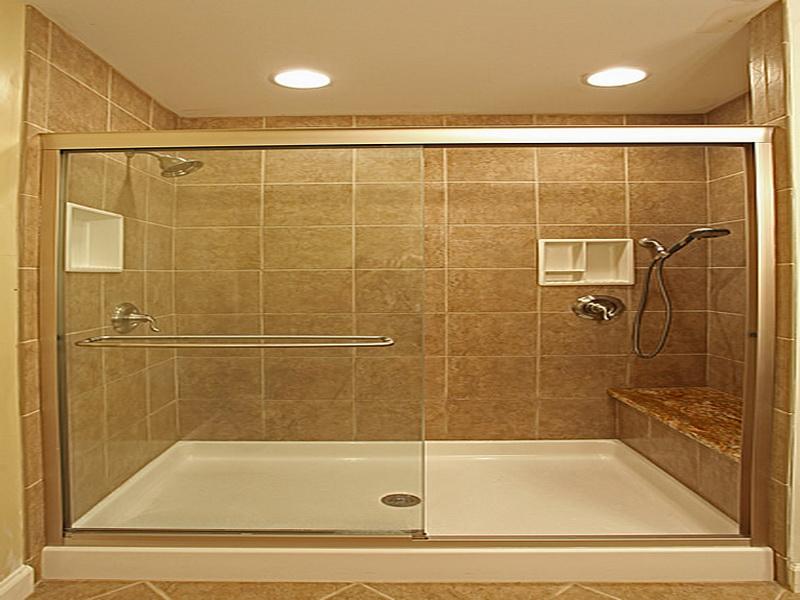 According to the smart folks at HGTV, heating your tile surface, including the shower and tub, a mere 10 degrees above the air temp in your bathroom (or kitchen) “doubles the effectiveness” of your cleansers. Anything to make this awful job easier!

18. 3 Different Ways To Clean Mold or Mildew From Almost Anything 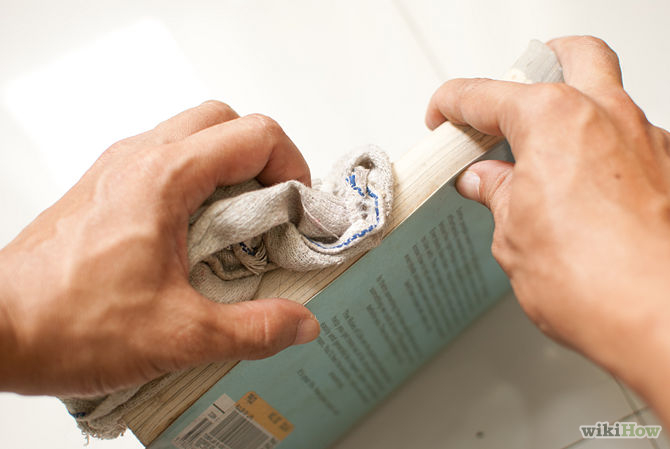 Bleach, vinegar, ammonia, hydrogen peroxide and borax are all powerful substances that will remove mold and mildew from almost anything, from books to leather to pet supplies.

19. After Cleaning Your Chrome Faucets, Rub Them With Wax Paper 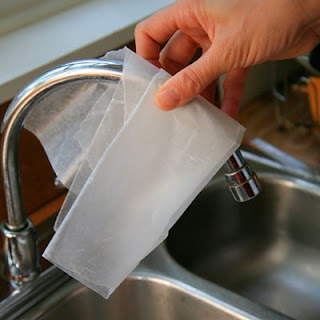 Image: In This Crazy Life

It’s a bummer to spend time cleaning the faucets in your kitchen and bath and then go in half an hour later and discover smudges on their formerly pristine surface. But if you take the time to rub those babies down with a piece of wax paper, they’ll be much less likely to pick up fingerprints and water spots. An extra couple of minutes now means we don’t have to do the job as often. 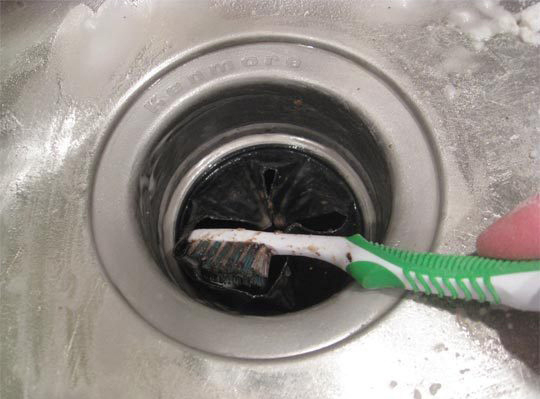 Behold that tooth brush – because that’s what most sinks look like. It’s really dreadful but the ‘fix’ is as simple as a common lemon and a couple of ingredients you most certainly have in your kitchen right now. No chemicals, just Mother Nature’s bounty and a few minutes of your time.