You are here: Home / At Home / Recipes-Food / DELICIOUS Gluten Free Bread Recipe – See For Yourself 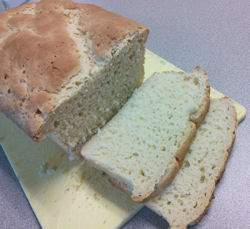 About my fabulously successful gluten free bread recipe … I haven’t had any gluten since May of this year. And, mostly, I don’t mind giving up wheat and gluten. There are lots of substitutes for most of the foods I love – like a quinoa pasta that’s wonderful. But my favorite food in the world is … toast. Not room temperature bread, but toast.

Toast with butter. Toast in sandwiches smothered in mayo, mustard or sandwich spread. Toast with almond or peanut butter. TOAST!

There are some breads available on the market, like Rudy’s gluten free bread. They’re OK, but the problem is that they’re frozen which makes sense because gluten free bread is a small market segment. But it definitely detracts from the taste. I’ve found myself buying a loaf and allowing it to just sit in the fridge for weeks. So I finally decided to trying making my own bread and it is delicious. And simple. 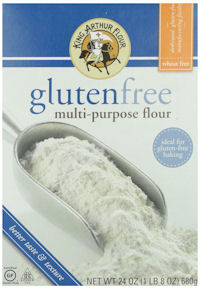 I had some King Arthur Gluten Free Flour so I decided to try their recipe.

The recipe called for 2 teaspoons yeast, which is kind of a strange way to put it, IMO, because that’s one package of yeast. Perhaps the directions are meant for folks who buy jars of yeast, rather than packages. And I used Rapid Rise yeast because Publix didn’t have any that was labelled ‘instant’.

Gradually add the milk to the dry ingredients, using an electric mixer the entire time.

NOTE: I’m often rather casual about recipes, but bread is tricky so I was very careful to follow the directions exactly.

Step #5: this is apparently critical … beat the batter for three minutes. This adds air and is what makes it rise. This is definitely easier than kneading ‘traditional’ bread – but my small hand mixer wasn’t too happy, I must say. I no longer own a stand mixer because I don’t cook much but I might have to re-think that position.

The bread batter is rather strange, if you’re used to wheat bread. It looks more like cake batter and has a ”gritty” feel to it. 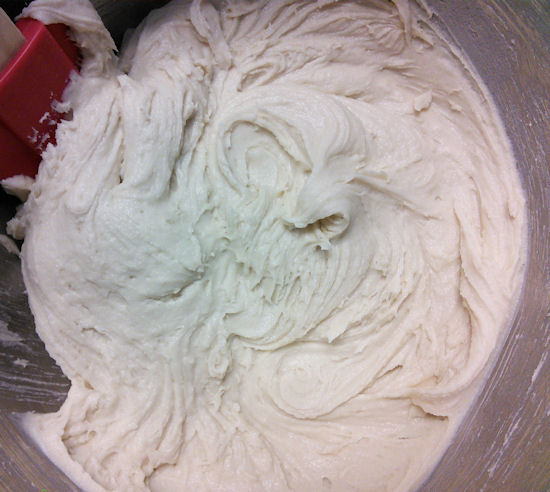 Allow your batter to rise for one hour. It definitely will expand.

Then scrape the batter into a greased loaf pan. You will need to smooth out the top of your loaf. I used a dampened spatula to make the top fairly smooth.

Cover the top of the loaf – I sprayed a piece of plastic wrap with oil and used that to cover my bread. 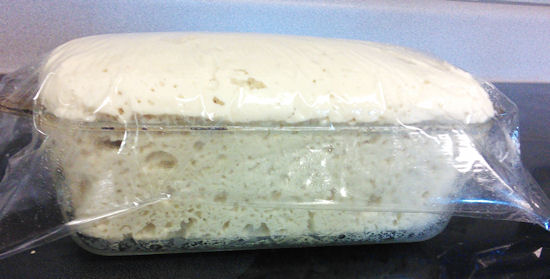 Allow your batter to rise over the top and then remove the plastic and place your loaf in a 350 degree oven. The recipe says to bake it for 38 to 42 minutes. I checked after 36 minutes and it was beautifully golden. 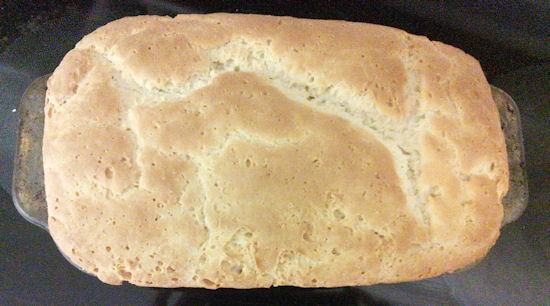 Place it on a rack and allow it to cool.

You can see for yourself that it’s beautiful and I can tell you that it’s delicious! 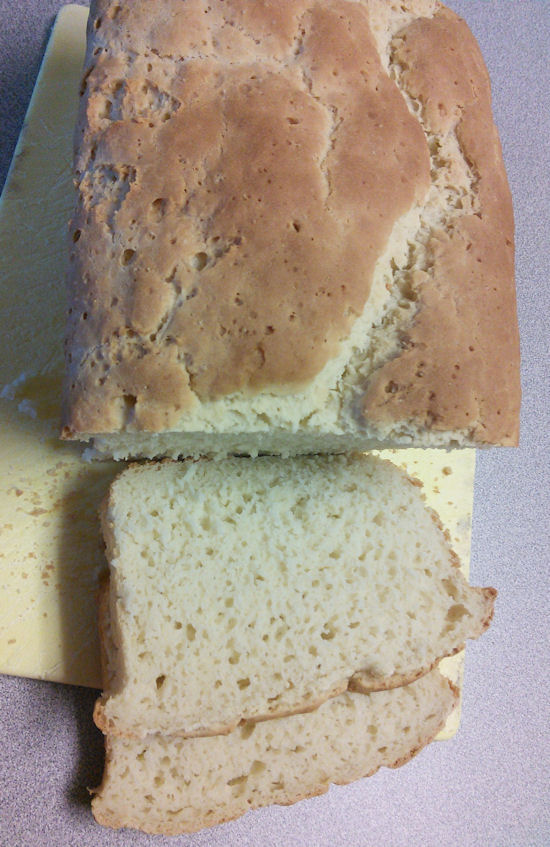 Next time I’m going to experiment with adding cheese, and will also replace some of the white flour with peanut flour. There are lots of possibilities.

So there you have it … a heavenly, easy, gluten free bread recipe. I’d write more but I’m off to eat a piece of toast. :-)