You are here: Home / At Home / Recipes-Food / How To Make Hummus – My Healthy Hummus & Tahini Experiment 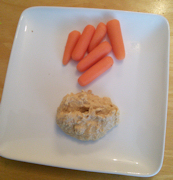 I love and adore hummus – but I don’t like the price. The brand I like best costs $2.99 (which doesn’t include the tax) for a mere four ounces. So I decided to try making my own, but the problem was the tahini. Most hummus recipes call for tahini and I didn’t want to buy any because, except for hummus, I have no use for it. So, homemade tahini first … 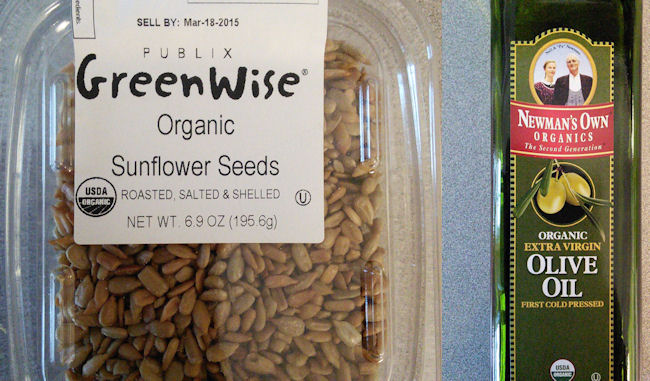 I poured some seeds nto my food processor and dumped in a bit of olive oil. I don’t have any measurements for this. I just added a bit more oil whenever it seemed necessary and kept grinding the seeds until they were creamy.

Success! I needed 1/4 cup and the amount was just right. And next time I’ll figure out exact amounts of seeds and oil.

First, I drained this can of garbanzo beans and added them to the tahini.

Next time I’ll cook dried beans which will save even more money and give me a larger amount of hummus, but I didn’t want to bother this time in case my experiment was a failure.

Then I added all the rest of the ingredients listed above and slowly added oil and a bit of liquid from the beans until the consistency was right. Most recipes call for just a clove or maybe two or garlic, but I love the stuff and added more. I was heavy-handed with the cumin, too, since it’s a big favorite. 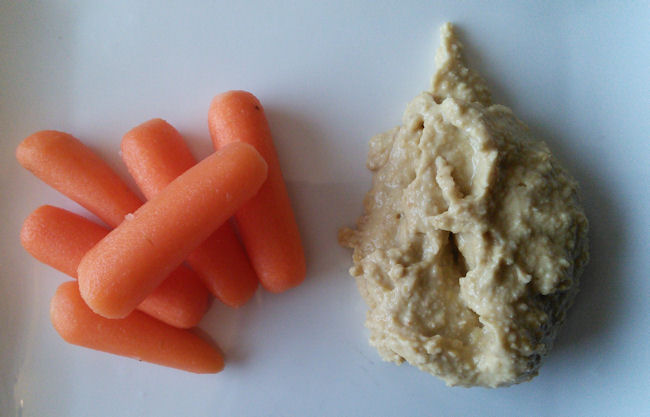 I am extremely pleased with my hummus! It’s delicious and very garlicky. Plus, I ended up with approximately two cups of hummus which would have cost about $12.00 at the grocery store. My beans were on sale for $1.29 and I’m not sure about the cost of the olive oil I used. The other ingredients were too inexpensive to count but the cost for this recipe was certainly $2.00 or less. Great savings, great taste and definitely healthy. What more could anyone ask?