I recently made a gluten free fruit crisp. I don’t usually eat a lot of desserts but on this wheat free diet I’ve fixed several. My reasoning is that I don’t want to start feeling DEPRIVED. That’s often/usually a death knell for new ways of eating or living. Although the results so far have been so fantastic that I doubt there’s any chance of quitting. But still …

That was the original recipe but I made some changes.

My Version of the Gluten Free Fruit Crisp Recipe 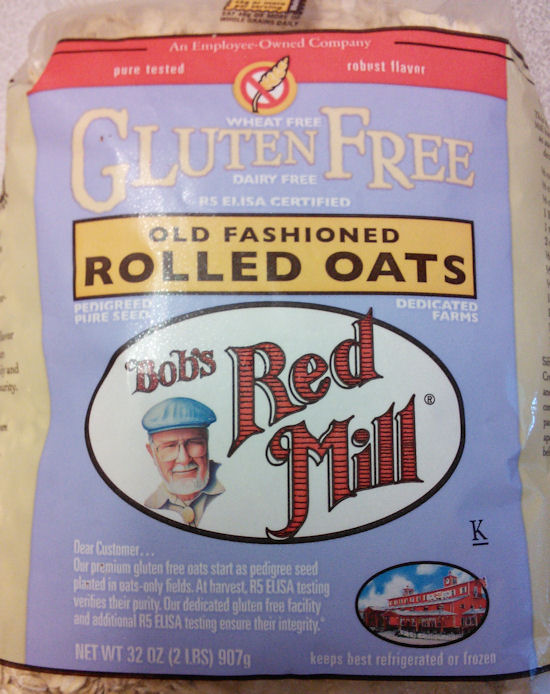 #2. Instead of using the pecans and almonds, I used a cup of filberts because that’s what I had on hand.

I ground them in my trusty coffee grinder. 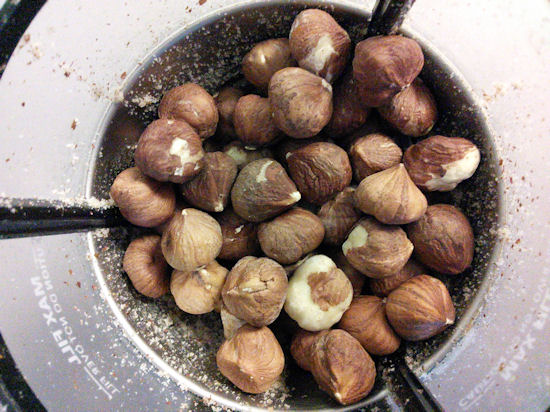 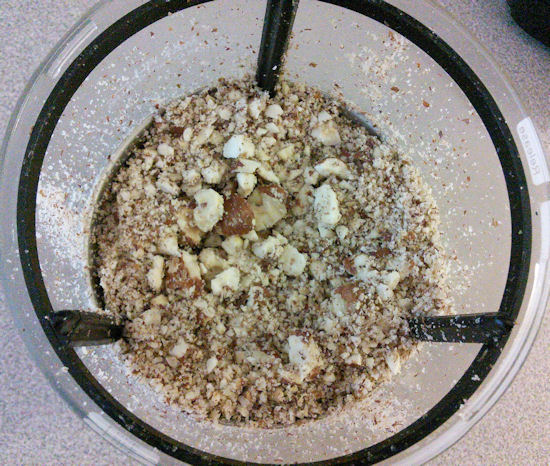 I purposely left some chunks because I like chunks. :-) I always choose ‘chunky’ nut butters over ‘creamy’.

#3. I mixed the remaining ingredients together, except that I used 1/4 cup butter, instead of olive oil. I really LOVE olive oil – but not in desserts.

#4. I poured the four cups of fruit in an 8 x 8 baking pan. I used a mixture of strawberries, blueberries, pineapple, peaches and mangos. Then I covered it with the oatmeal-filbert topping. The fruit was still frozen. 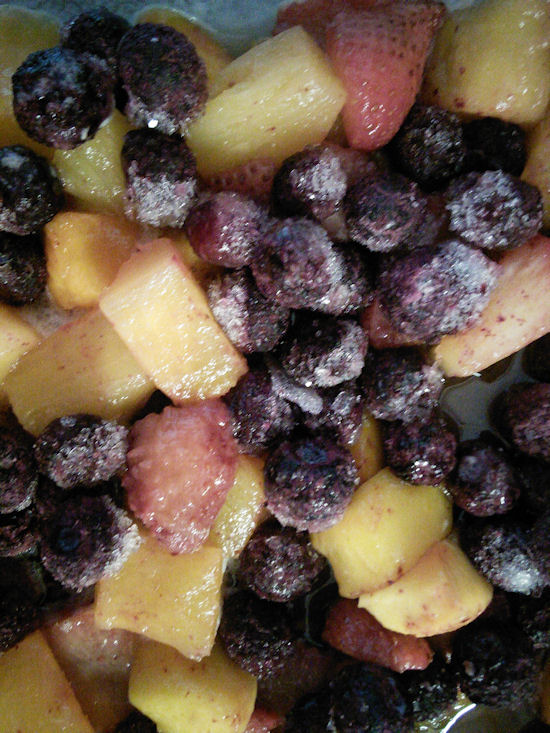 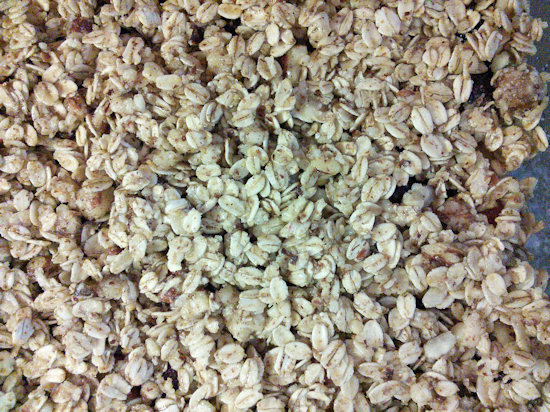 #5. Bake at 350 degrees for approximately 40 minutes, depending on the heat of your oven.

And here’s the finished product …

On the left is the fruit crisp without a topping, and on the right, it’s covered with a favorite topping. It’s just plain yogurt, some agave nectar to taste and almond extract. You can substitute brown sugar for the agave nectar and it’s delicious either way, if you’re a yogurt fan.

What I Would Change In This Fruit Crisp Recipe

I thought I would enjoy the mixture of different fruits, but actually I prefer all one kind. The next time I make this, I will use all blueberries. It will be good with cherries, apples or cranberries, too. Also, I will try different nuts.