You are here: Home / At Home / The Rooftop Weathervane: From Useful Tool to Decoration 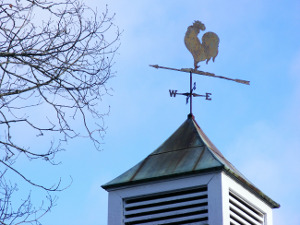 In our day, weathervanes are used mostly as decorations, but it wasn’t always that way. The rooftop weathervane was originally developed for farmers who needed to know about weather changes. They usually indicated a change of wind direction which can indicate a change in the weather.

Early History of the Rooftop Weathervane

Weathervanes were certainly used in Ancient Greece and Rome and later by the Vikings. Obviously, knowing wind direction is important on a sailing ship.

In medieval Europe rooftop weathervanes in shape of a rooster or cock were mounted on roofs of every church. The weathervane was intended as a reminder of Jesus’ prophecy that the cock would not crow the morning after the Last Supper, until the disciple Peter had denounced Him three times.

Victorian buildings had fancy rooftop weathervanes and elaborate metalwork embellishing almost every inch of roof space. After 1900, the movement to a simpler style of architecture was reflected in the silhouette weather vane, which often depicted sporting scenes or figures of a humorous nature.

The Weathervane in the US

The first documented rooftop weathervane maker in America, Deacon Shem Drowne, created the famous grasshopper vane atop Boston’s Faneuil Hall in 1742, as well as the banner for Boston’s Old North Church in 1740, the rooster now on First Church in Cambridge, and the large copper Indian for Boston’s Province House in 1716.

In the early 1800’s, Americans favored weathervanes in patriotic designs, including the Goddess of Liberty, and Federal Eagle. By the middle of century vanes of famous racing horses, modeled after the popular Currier and Ives prints, became wildly popular.

You probably won’t be surprised to learn that an original early-American weathervane can be quite expensive. If you love weathervanes, the least expensive option is to buy a copy of famous rooftop weathervanes. You can check out some of the most popular designs below. 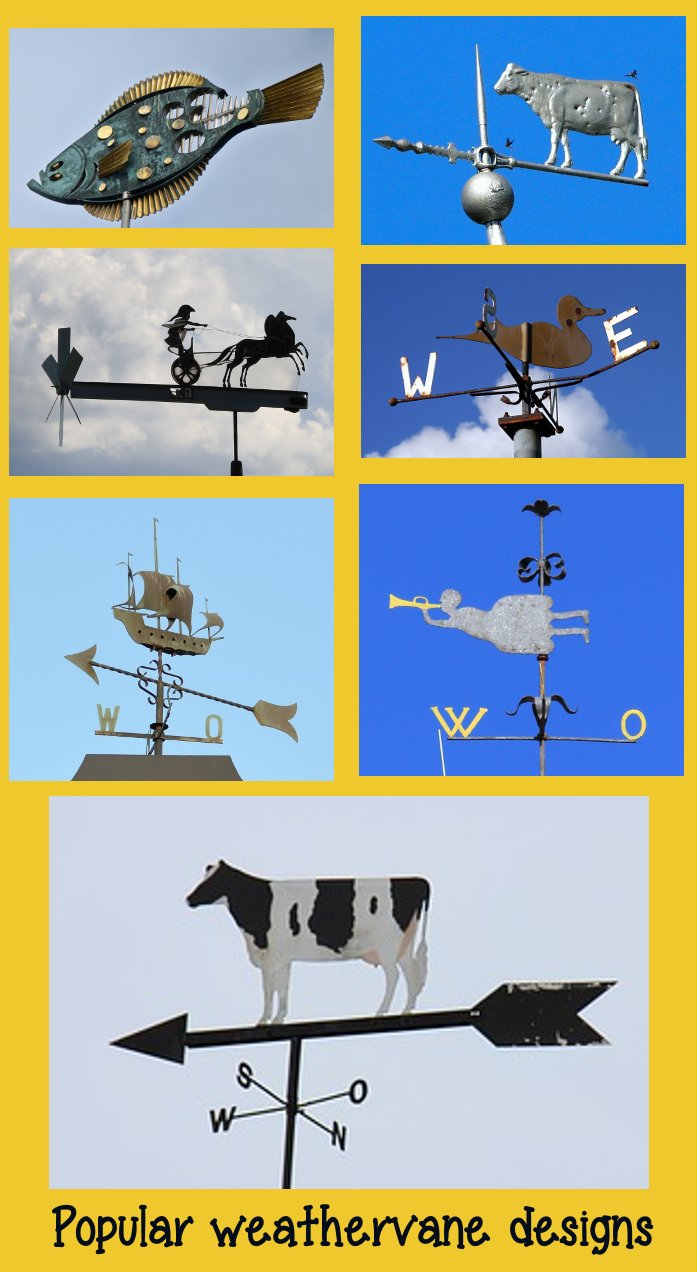