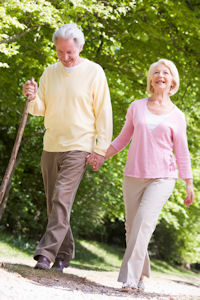 Getting a good night’s sleep is important for a whole host of reasons. We all know that not getting enough sleep means that you don’t feel very well the next day. A lot of us are also familiar with the fact that it makes our skin look haggard and leaves us with rings under our eyes. And whether you have made the connection or not, not getting enough sleep also leads to irritability, forgetfulness, and other uncomfortable problems. For some people, it is simply a matter of going to bed earlier or taking the television out of the bedroom. But for other people, sleep is a problem because of a real disorder. Below are some common sleep disorders and natural cures for them.

If you have had a series of nights where you toss and turn, and stay up until the wee hours of the morning, you may be dealing with insomnia. Insomniacs find it hard to either fall asleep, stay asleep, or both. An insomniac might not fall asleep until 4 a.m., only to wake up again at 6AM. Very often the cause of the insomnia is stress, so try meditation or yoga.

Restless Leg Syndrome, commonly referred to as “RLS,” is connected to sensation and movement. Sufferers of RLS sometimes feel pain in their legs, but other times they simply have other uncomfortable, but not painful, sensations in their legs when they get into bed that nonetheless keep them from falling asleep.

There have been a number of movies and television shows that turn narcolepsy into a joke, but it is a very serious condition. It is a neurological disorder that makes people lose control over their states of sleep and wakefulness, and can be very destructive to a person’s life. These “sleep attacks” have been known to happen during all sorts of activities – sitting at a desk, driving a car, or posing for a picture. As you can imagine, it can be dangerous.

Sleep apnea is a very serious disorder and is the name usually used to refer to obstructive sleep apnea. It is caused by muscles in the sufferer’s throat relaxing and then block the flow of air into the lungs. It occurs in situations where the throat is both partially or fully blocked. Sufferers stop breathing and then wakes them up to correct it. It is often caused by obesity.

Next, adjust your lifestyle to promote healthier living. Eat more fruits and vegetables and less red meat and processed foods.

Exercise regularly by finding new and interesting ways to get exercise. Try swimming, hiking, or boating – whatever floats your boat (pun intended)! Even taking the stairs instead of the elevator is good practice.

You should also look for ways to reduce stress in your life, whether by cutting back on work or going to yoga.

And of course you should cut back on caffeinated beverages like coffee and soda. [by Jessica Shuemake]

Home Of +10 Designs
Inspirational Quote of the Day
Giving thanks is the gateway drug to a life most extraordinary.