You are here: Home / Beauty / Natural Sleep / The Dangers Of Prescription Sleeping Pills That Big Pharma Wants To Ignore 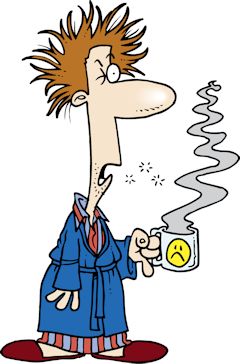 I can’t even guess how many nights I’ve laid awake watching television in the early morning hours because I couldn’t sleep. The later it got, the more commercials for prescription sleeping pills I would see. In fact, at about 2 and 3 a.m., it seemed like every other commercial would torment m e with scenes of people sleeping peacefully and deeply. I’m sure you’ve been overwhelmed with loads of these commercials as well. But you probably haven’t been equally confronted with the strong warnings or potential risks of prescription sleeping pills.

Even The Food & Drug Administration Has Become Alarmed!

As of 2007, the Food and Drug Administration (FDA) began requiring manufacturers of prescription sleep aids to not only include powerful warnings on the labels but also to cultivate warning guides for distribution of almost all hypnotic sedative sleeping pills. These “Patient Medication Guides” are now required to be handed out to patients and caregivers whenever sleeping medications are prescribed.

Some of the sleeping medications that are the focus of these revised labeling laws include:

Numerous unfavorable reports have emerged ever since non-benzodiazepines (NBZs) were introduced as sleep treatments in the early 1990s. These reports include side effects of the ever-popular Lunesta, Halcion, Sonata, and Ambien. In fact, Halcion has been banned in many countries.

The warnings are supposed to include adverse effects that may include:

Preparing and consuming food while sleeping

Suicidal thoughts and behaviors (particularly in children and adolescents)

In 2007, the World Health Organization Collaborating Center for International Drug Monitoring announced that it had received 867 reports from 24 countries about people experiencing amnesia, often accompanied by agitation, confusion, and other bizarre behavior disruptions, while the patients were taking these new sleeping pills like Ambien and Lunesta.

There are widespread reports of alarming behavior among prescription sleeping pill users:

An artist in Wisconsin stated that she believed she had been sleeping peacefully while taking Ambien, but she awoke one morning to find out her wrist was broken–the result of a fall while she was sleepwalking.

The Wall Street Journal reported a story about a lady who painted her front door while she was sleeping. In some cases, people have been in severe automobile accidents or even set fire to their own houses while they were in the seemingly hypnotized state caused by prescription sleeping pills.

There are others who have engaged in relentless eating binges. One woman gained more than 50 pounds in less than 8 months while she was taking zolpidem (the generic NBZ found in Ambien). She could not figure out why she was gaining so much weight until finally, one night, she was found in front of her open refrigerator while sleeping.

Although millions of people take prescription sleeping pills to ease their insomnia, the risks of taking these drugs are not worth it. There are many natural methods and supplements that are much more beneficial to insomniacs. These remedies are also significantly safer for you… and anyone else who might be driving while you’re asleep. [by Jessica Shuemake]

Home Of +10 Designs
Inspirational Quote of the Day
Adventures happen any time you consciously choose to step into an unfamiliar place.