You are here: Home / Beauty / Natural Sleep / Treatment For Insomnia After 15+ Years Of Four-Hours-Per-Night

I am truly thrilled to announce that we have a new product! Yippee! And the reason that I’m so pleased is that it’s one that is near and dear to my heart – insomnia relief. The title of the our new information product is “Learn How An Exhausted Woman Who Hadn’t Slept More Than 4 Hours A Night For 15+ Years Now Peacefully Sleeps 7-9 Hours Every Night” – because that’s absolutely true. I literally haven’t slept more than about four hours per night – except every once in a while when I got so absolutely exhausted that I crashed and sleep like a drugged person – for at least 15 years. I spent a humongous amount of time trying to figure ways to fall asleep … and stay that way.

If you have insomnia, the medical establishment reaches for its prescription pad.

I don’t take drugs! In March of 2002 I broke my wrist and injured my back. For a few days I took pain pills simply because the pain was excruciating. Those are the only drugs I’ve taken in my adult life, except for an epidural when my two kids were born.

Besides, a drugged sleep is not what the human body needs anyway. A vast amount of healing takes place during natural sleep and this process is interrupted when sleeping with drugs. Some of the favorites are Lunesta, Rozerem and Trazodone. If you think these are harmless little sleeping aids, guess again.

One of our blog authors, Jessica Taylor wrote this about her friend Karen who was taking Lunesta:

When my friend Karen called me one morning, she was near tears. Karen had been battling insomnia for years, and she told me how her doctor had prescribed her the popular sleeping medicine Lunesta. After taking Lunesta for only 2 weeks, Karen had felt depressed and aggressive , so she quit. But the Lunesta withdrawal symptoms had her literally bedridden for more than a week . She told me about being nauseated and having stomach cramps. She couldn’t stop trembling and was even having panic attacks.

The pretty little green butterfly really isn’t so pretty after all!

In case you’re not convinced, here are a few more little horror stories:

==> “I went to bed at the same time as always, wearing my pink nightgown and fuzzy yellow socks. When I woke up three hours later, I was sitting by the side of the road, surrounded by policemen and paramedics . My car was wrecked. Apparently, about 2 hours after I fell asleep, I rose up out of my bed, sat behind the wheel of my car (still wearing my pink nightgown and fuzzy yellow slippers, of course), and promptly drove my car straight into a tree–all while still asleep . This is called ‘sleep-driving’ and it is one of the possible side effects of a prescription drug I was taking called Rozerem.”

==> An artist in Wisconsin stated that she believed she had been sleeping peacefully while taking Ambien, but she awoke one morning to find out her wrist was broken –the result of a fall while she was sleepwalking.

==> The Wall Street Journal reported a story about a lady who painted her front door while she was sleeping. In some cases, people have been in severe automobile accidents or even set fire to their own houses while they were in the seemingly hypnotized state caused by prescription sleeping pills.

==> There are others who have engaged in relentless eating binges. One woman gained more than 50 pounds in less than 8 months while she was taking zolpidem (the generic NBZ found in Ambien). She could not figure out why she was gaining so much weight until finally, one night, she was found in front of her open refrigerator while sleeping.

So how did I solve my problem? Actually, it’s with two all natural supplements that give me a natural sleep that lasts through the night and they cost me less than $10 month.

At a regular visit to my chiropractor we talked about the fact that my eyelids were dragging on my ankles and he recommended a supplement. When I went to our local GNC, the proprietor talked me into something else. My insomnia problem was that I went to sleep (usually) – but I woke up every morning around 2AM and couldn’t go back to sleep. Honestly, I didn’t really expect this supplement to do any good but what the heck. At least I could go tell the store owner he was wrong. :-)

A miracle! I actually went back to sleep.

After a ton of research, I decided to try a second supplement. Actually, I was a bit nervous that it might interfere with Miracle Supplement #1, but decided to take a chance. So I took both my pills, went to sleep and …

I SLEPT THROUGH THE ENTIRE NIGHT!

It had literally been years since this happened!

It’s important to note that my two supplements are NOT the same as taking vile sleeping pills. They’re both produced by the human body and have a cascade of beneficial effects: helps our immune systems; destroys dangerous free radicals; because of my stronger immune system I get fewer colds and other ailments; no drowsiness or ‘hangover’ feeling the next day; anti-aging; assists in fighting age-related diseases such as arthritis; combats stress; enhances positive mood and counteracts depression and anxiety; can directly kill many different kinds of cancer cells; helps combat brain dysfunction – and possibly even Alzheimers; and has no known downsides.

It’s just that some bodies don’t product enough of these supplements – like mine – and therefore adding them helps me sleep.

Well, that’s my story and if you, too, need insomnia help then you can’t go wrong with my two ‘magic’ supplements.

Home Of +10 Designs
Inspirational Quote of the Day
What we need is people who specialize in the impossible. 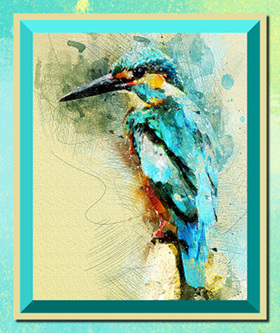 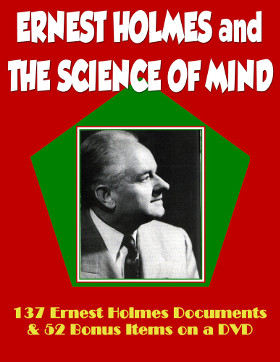