We sell some Andrew Wyeth prints on Amazon and we recently sold one named “Monday Morning” to a lovely lady named Jeannette. Today we are thrilled to get some pictures of how Jeannette’s print looks now that she has framed it. Take a look for yourself. 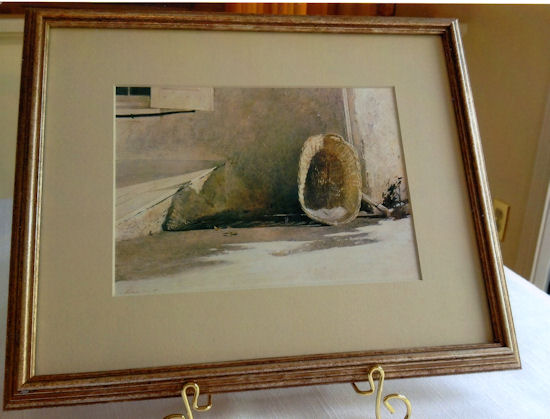 So beautiful! And here’s a close-up of her frame: 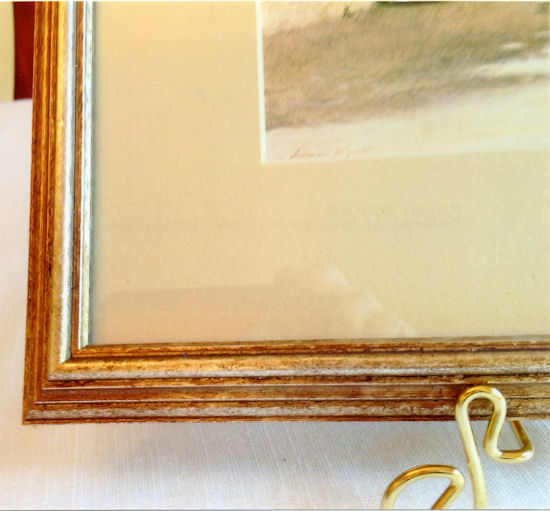 These prints are especially interesting because we got them from Andrew Wyeth himself! We believe that the nice folks who buy the prints appreciate knowing this background so here is the story we send to buyers.

“The story of how we got these Wyeth prints is interesting, I think. We were driving through Pennsylvania and stopped at a roadside diner for some breakfast. Outside the diner was a little boy, about 2-3 years old, sitting on the ground crying. I picked him up and carried him inside and as soon as we came in the door a woman stood up and came over to get him. She was his mother and was sitting at a very long table with about a dozen people, all members of the same family. The child’s older sister was supposed to be watching him and obviously wasn’t. The family was very grateful and asked us to sit down with them. It turns out that this was Andrew Wyeth’s family and he was sitting at the table! When I realized who he was I told him how much I admired his art and he reached into a canvas satchel and handed me a large selection of prints, one of which is yours. He signed several of them for me – I wanted him to sign all of them but that was asking a little much. :-) We were near Chadd’s Ford, PA, which was Wyeth’s home town and the family was there for a reunion. Anyway, I thought you would like to know that Andrew Wyeth himself handled your print.”

We put this blog entry in our “Fun” category because that’s exactly what this art is. Although, ‘fun’ is not doing Wyeth paintings justice – splendid, awesome or inspiring might be better choices.

Thank you, Jeannette! You have an entire office of fans here in Lilburn, GA.

Home Of +10 Designs
Inspirational Quote of the Day
No matter what you're doing deem it fun, find the joy in it.