You are here: Home / Fun Time / How to Use Singing’s Health Benefits to Your Advantage 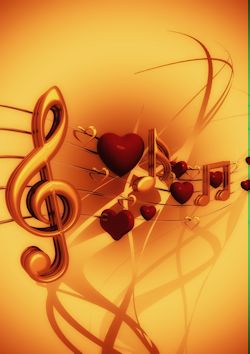 Feeling blue? How about a tune? Singing releases endorphins, which are your brain’s feel good chemicals. Science has actually determined that beyond endorphins, singing has a number of other spirit-lifting benefits. It has been found that singing can alleviate stress, anxiety, and enhance feelings of trust and bonding. As a sort of personal therapy, next time you’re feeling down, put on your favorite record and sing along to cheer yourself up.

For long-term benefits, feel free to sing as often as you’d like. The following lists some ways you can get involved in singing as a hobby (or maybe even a career if you’re really good). By indulging in your desire to sing, you’re doing your mind and body a favor.

If you’re concerned your voice isn’t good enough, go ahead and sign up for voice lessons. You’ll learn to sing in perfect pitch and rhythm and you’ll be partaking in all those health benefits. Singing lessons will have you singing on a schedule, which has plenty of its own benefits and may help lower your cortisol level, which is a good indicator of less stress.

Sing in a Choir

Charles Darwin was among the first to correlate group singing with the earliest human language, which could be why human beings see such an uplift in spirit when they sing together. According to Ani Patel of the Neurosciences Institute in San Diego, Darwin “talked about our ancestors singing love songs to each other before we could speak articulate language.” The positive emotions humans feel in chorus groups could be an evolutionary reward for coming together.

In a 2008 Australian study, it was reported that choral singers have a higher life satisfaction than the general non-chorus-singing public. Even when the chorus singer’s life was significantly harder than the average person’s, they still reported more life satisfaction. To further press this point, take the information gleaned from a 1998 study, which found that nursing home residents were significantly less depressed and anxiety ridden after they took part in a group singing program for a month.

You can join choirs at school, in your community, and at church. Ask community and church leaders for information on these programs.

Sing in the Shower

Almost everyone sings in the shower, but few people know that this activity actually has physical health benefits. Singing improves your posture because it requires that you correctly use your diaphragm. “Standing straight up, as well as having relaxed shoulders and a level head, helps the diaphragm receive air easily,” reports Psych2Go. Try singing like this next time you’re belting out a ballad in the shower.

Wake Up to Music

Finally, and believe it or not, you can have a better morning… What was that? You’re not a morning person? Well, you can be if you wake up to something less obnoxious than talk radio or a blaring alarm clock. Program your smart phone to wake you up to classical or lyrical music.

“Try waking to a familiar piece of music that eases you into the day like a beautiful sunrise or a lover’s caress,” recommends HelpGuide.org. “And starts you out in a good mood.” Go ahead and sing along if it makes you feel good because singing is truly good for you.