You are here: Home / Fun Time / Seven Presents Any Man Can Get a Woman This Christmas 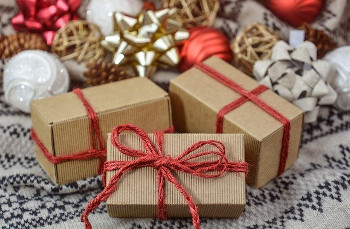 With the holiday season coming up, quite a large number of people are scrambling to buy presents. While a lot of this could have been avoided through planning and preparation, there are a variety of other things that may factor into this.

This is especially true for men, who may often not know what to get a woman in their life for the holiday season. While there’s quite a significant amount of things that could be bought, there are a few that come well-recommended.

As such, few men should go wrong when choosing any of the items below.

While this may be somewhat of a surprising option, women’s cowboy boots have been growing in popularity for quite some time. While this typically comes in waves, they usually don’t go out of style for too long.

This is especially true during the winter months, which is one of the areas where cowboy boots shine. The main reason for this is that they offer a significant amount of protection against the weather while also being quite stylish. They look so cute with a dress or denim skirt. And you can’t beat the look of cowboy boots with a T-shirt and jeans.

Though every man will need to make sure that they know the woman’s size and style preference, this could still be a recommended option.

Book lovers can be some of the easiest people to buy for. However, many people will want to do more than simply buy their loved one a book for the holidays. Thankfully, there are a few things that you could choose to get them, with an Amazon Kindle being one of the more notable.

Alongside this, if you already know what books she likes, you’ll be able to load them onto the Kindle before giving it to her. While it’s a small touch, it could go a long way.

Everybody loves getting some nice jewelry for the holidays, so why not choose something nice? While you’ll need to put a certain amount of effort into making sure that it’s something that she likes, it’s still an area that’s worth considering.

Essential oil diffusers have become quite popular recently, thanks in large part to the fact that they last much longer than many scented candles. While this is only a small gift, it’s something that could form part of a much larger one.

With winter having set in, the mornings and evenings have gotten significantly darker. For women, this might have an impact on their makeup routine, as they’ll now need more lights to put it on. You could solve this by buying her a lighted makeup mirror. Picking one that’s stylish and high-quality not only looks great but is something that she should end up using.

Speaking of makeup, the majority of women love getting some for the holidays. However, this is only the case if you make sure that you get her the right makeup. While many people may simply buy the ones that she uses most, this doesn’t always have to be the case.

Instead, some women may have particular products that they only use for certain events, though they’ll still love it. Why not choose one of these so that she has the option of wearing a little bit more often?

Tote bags have become increasingly popular over the past few years, making them one of the trendiest options to choose from. There are a few specific reasons for this, with one of the more notable being that it perfectly blends functionality and style.

While there’s quite a large number of tote bag styles to choose from, this should be a good thing. With a bit of forethought before buying, most men should be able to find the right bag for their partner. The majority of this could focus on the style itself, so it’s worth noting what she likes.

Naturally, a certain amount of thought will have to be put into the purchase beforehand. The majority of this will be focused on whether or not the present will suit the woman in your life. While this might not affect some purchases, it could affect others, such as makeup and a few other things.

By starting with some of the above, however, the majority of people should have a solid foundation to start on. With a certain amount of time and patience, there shouldn’t be any problems in finding the right present for the woman in your life this holiday season.