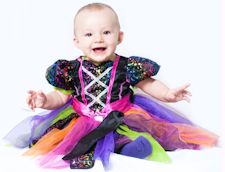 There are many Halloween costume ideas to consider. Children like to wear scary costumes with their friends at school or at a party which they have been invited to. Halloween is a great excuse to dress up as a cartoon character or a superhero such as Batman or Superman. However, when looking for scary Halloween costume ideas, here are a few ideas.

The scariest aspect of the Ghost Face costume is that, unless they start to speak, there is no way of telling who is wearing it. It is similar to the Grim Reaper but, as it doesn’t have a scythe, a knife could be concealed in the costume itself. A simple costume, the only accessory which has to be bought is a pair of black shoes. Not only can men wear a Ghost Face costume but women too. As the quadrilogy of Scream movies are popular, Ghost Face still has the potential to scare anybody who sees it.

A visually striking costume, it is a combination of many different outfits. It has a Grim Reaper-styled mask and typically has a striped design. Black gloves and striped trousers are in a Jester costume and also a stick which has a skull on top of it. It is available in a variety of sizes and colours. A black and white design could be chosen as can red. If a husband and wife will be going to the same party, they could both wear different coloured Jester costumes.

Although the title character of Tim Burton’s 1990 movie of the same name is not a murderer, Edward Scissorhands still looks evil. By purchasing white face paint from an online retailer and also Edward’s hands as an accessory, Johnny Depp’s character can be recreated.

Jason Voorhees is one of the best Halloween costume ideas. The mute, serial killer has appeared in multiple movies and killed scores of people. It can be very easy to dress as Jason Voorhees. By buying a hockey mask from an online retailer and wearing a red t-shirt and brown trousers (such as cords), a Jason Voorhees costume is complete. To look just like the Camp Crystal Lake killer, an online retailer might have an entire outfit in its catalogue. Along with Jason’s t-shirt, a machete might be included as well. To complete this costume, wear a brown bomber jacket.

To create a Mummy costume, buy several rolls of bandages. However, if they are not fastened properly, they could start to unwind. A Mummy dress could be bought which looks very demonic. Available in a variety of sizes, the only accessory which has to be purchased is a pair of shoes. If she already has suitable shoes, a woman can complete her Mummy outfit. By applying white face paint, a woman will look like a member of the walking dead.