You are here: Home / Health / What Is Serotonin and How is it Linked to Depression? 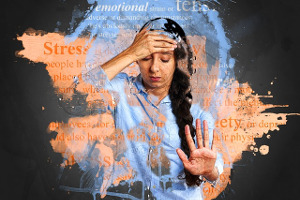 Chances are you have heard of serotonin and the potential role it can play in the treatment of depression. But is it the cure all some people believe it to be?

What Is Serotonin and How is it Linked to Depression?

The body manufactures chemicals known as neurotransmitters using an amino acid named tryptophan. Neurotransmitters help carry impulses between the nerve cells to relay messages from one area of the brain to another. Serotonin is one of these neurotransmitters, and is essential for our health. It helps the cardiovascular system, digestive system and the muscles to function, but of greater interest to us is the part it plays in influencing mood. Serotonin is thought to be linked to mood regulation, and can create a sense of well being and happiness.

It is thought that low levels of serotonin can cause depression and are linked to symptoms associated with the condition, such as insomnia, anxiety, fatigue and feelings of worthlessness and hopelessness. Serotonin levels can be affected by a shortage of tryptophan, or a disruption to the supply of serotonin reaching the receptor sites located in the brain.

How Can Serotonin Be Used to Treat Depression?

Many antidepressants work by boosting serotonin levels, or by improving the connection with the receptor sites. This can be a very effective way of treating some types of depression. Many more people have found relief by boosting their serotonin levels more naturally.

There are no foods that contain serotonin, but eating foods containing tryptophans can help boost serotonin levels as the body will use the tryptophan in the production of serotonin. Tryptophan rich foods include proteins such as turkey, chicken, soya, oily fish, spinach, tofu, asparagus, nuts and eggs.

The body needs vitamin B6 to convert tryptophan into serotonin, so making sure your vitamin B6 intake is adequate is essential as a deficiency could be a reason for low serotonin levels. Foods containing vitamin B6 include fish, organ meats such as liver and kidney, potatoes, starchy vegetables, bananas, nuts and chick peas.

It is also possible to purchase natural tryptophan and vitamin B6 supplements online or in health stores.

Regular exercise is thought to boost serotonin levels, but this has not been proven and it is not known how this process works. However, studies indicate that undertaking an exercise routine can help to boost your mood and overall health and well being.

While it is unclear whether low levels of serotonin definitely cause depression, there is plenty of evidence to suggest that boosting serotonin production can be effective in treating the symptoms of depression and regulating mood.