You are here: Home / Health / 3 Quick Ways to Make Yourself Healthier 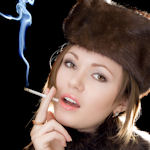 Some people are under the mistaken notion that adopting a healthy lifestyle involves turning into a health nut, and because they feel unable (or unwilling) to commit to it, they simply refuse to change their ways. But making an effort to be healthier does not necessarily entail turning your life upside down. Read below for 3 quick ways to make yourself healthier without going gaga.

Tip #1: If you don’t smoke, avoid second-hand smoke at all costs.

Ok, the best thing to do, if you’re a smoker is to quit but we did promise to tell you about things that are quick so we are settling on reducing your exposure to second-hand smoke instead. This may seem basic to you, but most people who are non-smokers would not think too much about staying within range of someone with a lit pipe or cigarette. The Surgeon General was not lying when he warns that inhaling second-hand smoke is actually more harmful than smoking yourself, because second-hand smoke actually contains more toxins and metabolic wastes. So the next time someone goes outdoors for a quick smoke, resist the urge to tag along.

Tip #2: Bring a water bottle and finish it at least twice during the course of the day.

With all of the toxins that we put into our bodies (both consciously and unwittingly) our body organs could use all the help they can get to flush out all these wastes efficiently. Drinking water is one effective way to do this.

Get into the habit of carrying a water bottle with you whenever you go. Taking small sips every now and then will help you stay cool throughout the day too—and it will definitely help during these heat waves. Doctors recommend drinking between 8 to 12 glasses a day, which can seem too much but toting a water bottle around will certainly make it easier to reach this target.

Tip #3: Go to bed before midnight

Before they invented cable and the internet, people were more likely to go to bed at reasonable hours because they was nothing to stay up for anyway. Studies show that people are getting less and less sleep than before, and it is no coincidence that health problems, obesity and depression are also more common. You may be too old for a bedtime curfew but giving yourself a before-midnight deadline will significantly contribute to your well-being, energy levels, and performance. Take note that the before-midnight deadline means doing all of your pre-bedtime routines, which may include skin care, etc.

Of course, these tips don’t cancel out other health-promoting activities such as getting the right nutrients from your food, avoiding too much stress, exercising daily and boosting immune function. Remember that our bodies can only take so much insult, and that if given too much stress, we will eventually succumb to disease and illness. Taking a proactive stance to keeping our bodies – and minds—in tiptop shape is the best insurance for a productive life.