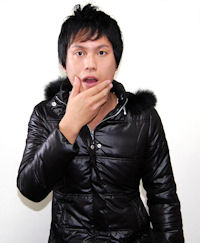 Leaving a rehab environment is certainly an achievement to be celebrated, but it’s important for an individual’s post-rehab life that they avoid four of the most common mistakes that can sabotage their progress so far. A little knowledge can be powerful as you continue on your road to recovery, so being aware of the most common mistakes that people make after a stint in rehab is one of the best ways to help avoid making them.

Attitude is everything for a successful recovery, but one of the biggest mistakes people make is a complacent attitude that makes them feel over-confident. An individual upon leaving rehab should feel optimistic and positive about his future, but it is a gigantic mistake to feel that he doesn’t need any aftercare and won’t encounter any challenges in the road up ahead. Being humble enough to realize that an aftercare plan is important can help you prevent the mistake of complacency.

Returning to old favorite haunts and renewing acquaintances with friends who used to participate in addictive behaviors such as drinking and using drugs is another of the most common mistakes individuals make after completing a formal rehab program. Returning to familiar habits can only increase the chance that you will relapse, and hanging around with people whose only common thread connecting you is a shared former negative behavior can cause more harm than good. It’s in your best interest to recognize that it’s time to form new and much healthier friendships and relationships and not cling to an outmoded network of support which is really not the safety net you once thought it was.

A third very common mistake is an ‘all or nothing’ thinking should a slip back into old behaviors occur. Rather than stop themselves and set their course right again, individuals criticize themselves for being no good and continue with even more destructive action rather than admitting that they slipped just once, trying to understand what caused the slip and reaching out for help so that they can continue on the road to recovery. It’s a mistake to allow just one slip to overturn weeks or months of hard work.

Not Taking it Day-by-Day

The fourth most common mistake is too high expectations which often leads to a unwanted relapse. Rather than seeing recovery as a day by day, step by step process, they want to tackle all of their problems quickly and all at the same time rather than realizing that slow and steady change helps win the race. It’s important to congratulate yourself for every small success, be patient and avoid the mindset and behaviors that can quickly lead to relapsing after rehab.