You are here: Home / Health / 5 Aromatherapy Essential Oils That Adore The Human Body 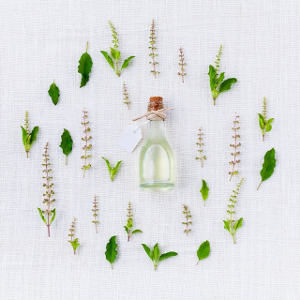 Aromatherapy uses the essence of plants, called essential oils, to treat physical, emotional and even mental stresses in humans and sometimes animals. Some people scoff at the use of aromatherapy, claiming there is no “scientific evidence” of its value. However, the famous De Materia Medica, written by a physician from ancient Greece in the first century AD, and used throughout the Roman empire, emphasizes the value of aromatherapy. A therapy that has lasted for at least two thousand years surely would have been abandoned centuries ago if it had no value to humans.

There isn’t anything mysterious about the “how” of aromatherapy. These essences stimulate nerves inside the nose which connect to areas within the brain. This is common practice in any hospital when an anesthesiologist covers the nose of a patient to create unconsciousness and substances from chloroform to horrifying chemical gas weapons use the respiratory system to influence the human body.

Aromatherapy isn’t meant to treat serious medical conditions but can be perfect for minor ones or when used alongside more traditional treatments. And here are four powerful essential oils you might consider.

Have you ever wandered through a pine forest, especially one at a higher elevation? It can be almost intoxicating! That’s because pine stimulates the nervous system and is a great pick-me-up. Instead of drinking coffee and eating sugary pastry when drowsy and muddle headed, try inhaling pine. Eucalyptus has much the same effect but most people have strong opinions about this particular scent – they love it or hate it. Pine is enjoyed by almost everyone.

If you’re not drowsy but instead have the opposite problem of being too stimulated, sage and delicious lemongrass can help. Lots of us feel a headache coming when we’re too pressured and either one of these oils might ward off pain in your head, or even improve it if you already have a headache.

Blue tansy is an essential oil that is unfamiliar to most of us, but this sweet-smelling, deep blue colored oil is a boon to asthmatics and allergy sufferers. It’s anti-inflammatory and is a natural antihistamine which eases breathing and dilates the bronchial tubes.

It also relieves pain because it relaxes the nervous system to create a sense of calm and relieve stress and tension.

Be warned, though: it is quite powerful and needs to be diluted within a sweet oil like grapeseed or jojoba, plus it will stain clothing because its color is so strong, so use with care.

These three quick uses are just the tiniest fraction of the wide range of aromatherapy remedies easily available to us all. It’s important to know that synthetic fragrances absolutely will not provide the benefits of true plant essences so don’t be fooled into believing claims that you should use lab-created oils for anything but a pleasant smell. Genuine plant essences, on the other hand, are blessing to mankind and have a multitude of uses.