You are here: Home / Health / 5 Natural Remedies For Depression 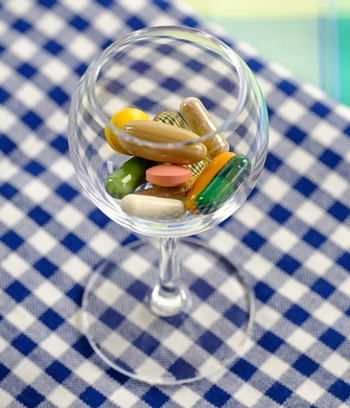 A friend recently started taking anti-depressants and a 10 minute Internet check for side effects brought up these:

Wow. Most of those are not minor annoyances. So, are there any natural remedies for depression. Yes, actually there are and here are five of them.

This is one of the best known natural remedies for depression. St John’s wort or Hypericum perforatum is a traditional herbal remedy for anxiety, sleep problems and feeling low. Research has shown that it can be an effective aid for mild to moderate depression, but does not relieve severe depression.

Like many medications, it can take around one month before you will feel the full benefit of it. Meanwhile, there can be several side effects including dizziness, indigestion, lower energy levels and higher sensitivity to sunlight. It can also interfere with the action of other medication including antidepressants, HIV drugs and the contraceptive pill. Don’t take it without medical advice if you are on other medication or if you are pregnant, have bipolar disorder or have liver or kidney disease.

Folic acid or folate is a form of vitamin B that is naturally found in the diet, especially in green leafy vegetables. Many of us don’t get enough in the diet or have reduced folate levels because of taking medications including oral contraceptives. A deficiency of folic acid has been linked with depression.

If you are deficient in this vitamin, taking a supplement may prove to be one of the most effective natural remedies for depression for you. However, it should not be taken along with prescribed antidepressants.

5-hydroxytryptophan is a substance naturally produced in the body. It has an important place in the production of serotonin, which is a mood enhancer. The theory of 5HTP supplements is that it will help your body produce more serotonin, making you feel happier. Effectiveness and side effects are not very well researched. Not to be taken alongside prescribed medications.

Omega 3 essential fatty acids are found in some foods such as oily fish and flaxseed. You can also buy supplements which may be made from fish oil or vegetarian sources. If you don’t have enough omega 3 in your diet, and most Westerners don’t, these supplements have been shown to reduce the symptoms of depression.

Omega 3 or fish oil supplements can usually be taken with other antidepressants and may increase their effectiveness (but talk to your doctor first). They should not be taken with medications that thin the blood such as warfarin and aspirin. Because of its blood thinning effect, omega 3 should not be taken for two weeks before and after surgical operations.

SAM-e or S-adenosyl-L-methionine is another supplement that works a little like 5HTP. It is becoming one of the most popular natural remedies for depression and is also believed to help with osteoarthritis. It can have side effects including constipation and upset stomach. It should not be taken if you have Parkinson’s disease, bipolar disorder or anxiety disorder.

Will any of these work? There’s no way of knowing because every body is different. Yet my philosophy is to begin with the mildest and least-risky supplements. IF they don’t work, you can always consider prescription drugs.