You are here: Home / Health / Are There Truly “Incurable” Diseases? 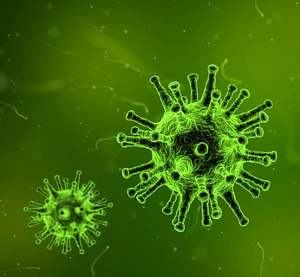 It is crystal clear that human beings are possessed of greater powers than are normally acknowledged which means that there is no such thing as an “incurable” disease. There is a huge body of anecdotal evidence of medically-unexplained remissions and cures of serious or potentially fatal diseases. Even traditional medicine recognizes the existence of placebo and nocebo effects.

Perhaps the most compelling evidence for the power of the human body to heal comes from stories of people with multiple personalities. Dr. Deepak Chopra describes patients with blue eyes in one personality and brown in another or one personality has diabetes while a different personality does not. If we can change our eye color in moments or there is an off/on switch for diabetes then it is clear that the human body can heal itself of disease – even those considered incurable.

Practically, though, most of us seem unable to harness this amazing power. Dramatic examples include exposure to the horrifying Ebola virus or an overload of radiation. In these cases, time is the enemy because the body is likely to die before it has a chance to heal itself. More commonly, a huge percentage of our population suffers from lifestyle diseases: the man who refuses to quit drinking even though his liver is damaged, the smoker who refuses to give up cigarettes even in the face of possible lung cancer or the woman who won’t heal her arteries by ceasing to eat fatty foods or by participating in regular exercise. Can these people be healed? Yes, absolutely. Will they be healed? Probably not.