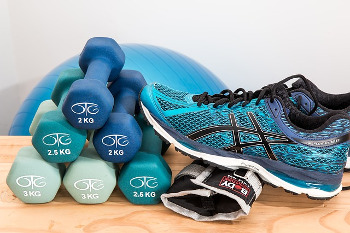 It seems like such a mundane question: “When is the best time to exercise?” Most people would answer that the best time to exercise is when it is most convenient for you. The roundabout story is that today’s society is much more busy and on “the go.” Or maybe people have excuses dealing with rising a family, or even having a newborn in the house to care to. Rather than viewing these types of occurrences as reasons to not exercise, you should start to look at them as reasons to build more consistency and accountability into your exercise schedule.

More importantly, this can also be viewed as a reason to get into the habit of exercising in the morning – before the day-to-day tasks that ordinarily bog you down even have a chance to begin. While that reason, and that reason alone, should be more than enough to convince you that exercise is best suited for the mornings, there is a more scientific approach to this weight loss reasoning.

First, we all know the feeling after we exercise. That is, we typically feel more energetic and ready to “tackle the world” because of the endorphins that are released into our body. We all know, and can appreciate, how wonderful the feeling is to feel like nothing can hold you down and that you are ready to conquer anything. So, with that pleasant thought still in your mind, imagine getting that feeling first thing in the morning and having that with you through the majority of the day. It just seems logical that you would get more accomplished, thus feeling better about yourself at the end of the day.

Second, exercising in the morning allows your body to get its metabolism up and running. The alternative is having your metabolism get a slow start and having your breakfast turned into unnecessary fat intake. Seems like a good idea to exercise in the morning now, right? Scientifically speaking, exercising in the morning is known to keep your metabolism running in high gear for up to 24 hours. The simple act of exercising early in the day is likened to having an automatic fat-burning machine throughout the remainder of your morning, afternoon, evening, and night. Again, this reason by itself should be enough to convince you to become a early riser.

Third, becoming accustomed to waking up in the morning at the same time everyday to exercise will eventually place your bodily system on a regulatory sleeping cycle. Without this regular cycle, your body is continuously disoriented in terms of waking up. Why is this important? Well, by influencing your body to become regulated into a sleeping pattern, it will reward you by synching both your endocrine and circadian systems into the pattern. What does this mean? In other words, you body will know that it is nearly time to wake up and begin to “power up” your other system in preparation for the day. You will wake up without that sluggish feeling, which will ultimately lead you to feeling like you are capable of exercising.

In conclusion, it is important to become a morning person in your effort to lose your unneeded and unwanted weight. Aside from the physical contributions, becoming an early riser includes physio and psychological incentives that make it well worth your while.