You are here: Home / Health / Breaking the Habit of Addiction 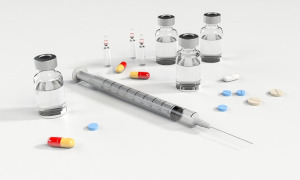 Drug addiction is rampant throughout the United States, with many addicted to some form of prescription or illicit drug. Most people know or have known someone who needs help, or perhaps you have battled with addiction in the past. While it’s not easy to go through or even to break out of the habit, there are ways you can effectively leave the abuse and cravings behind. It’s going to be a long and hard-fought battle, but it’s worth getting clean in the end and getting your quality of life back.

The one thing that you can do right away is to remove all temptations. For example, throw out the drugs or alcohol that you may have in your home. Don’t make excuses and say that you’ll give them to someone else, just immediately remove the source. Get rid of wine and liquor bottles, dumping the contents down the drain. This way, when the temptation to have just “one last sip” hits, you won’t have the alcohol around to follow through. If you have prescription drugs laying around, it’s a good idea to get rid of them as well, unless they’re absolutely necessary.

Sometimes sheer willpower isn’t enough, and this is nothing to be ashamed of. The drugs and alcohol prove to be a powerful pull and if it was as easy as simply walking away there would be no need for rehab centers. Getting professional help is something to be proud of, whether you check in as an inpatient or outpatient. Counselors and physicians can help you come down off and fight through Adderall withdrawal symptoms, for example.

Narcotics Anonymous and Alcoholics Anonymous are two great organizations that can help keep you sober. Everyone who attends the meetings is there either because they have an addiction or they know and support someone who does. Because they’re widely-known organizations, you can find local chapters in most big cities and chances are there’s one relatively close to you. Even if you don’t speak at these meetings, sometimes just knowing that someone else is going through the same thing you are is a relief. Additionally, you can gain a sponsor, someone who helps you through the hard times. They’re there when you get the urge to use and provide the support you need to fight through the cravings.

If you’re the partner, friend or family member of someone who is struggling with addiction, it’s important that you know the facts of drug use, abuse and treatment. Patience is a virtue, but never more than when it comes to dealing with the irrational behavior of someone who is fighting to stay clean. It can be trying at times for both parties, but staying strong and being a support system is critical if the addict is going to succeed in breaking those bad habits. You may be forced to make tough decisions, particularly in the case of a teenager or young adult, but stick to your guns and above all, have compassion. It’s not easy for them, either.