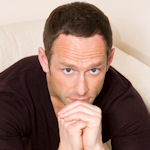 Cancer and men: men are more likely than women to develop some form of cancer. They’re also twice as likely as women to die from the disease. Some doctors speculate that the reason for the chasm between the number of men who die from cancer and the number of women who survive cancer stems from women being more vigilant about screenings for the disease.

Men have a tendency to ignore new symptoms or warnings. When pain strikes, they also tend to try and deal with the pain by using over the counter remedies. Besides a difference in getting cancer screenings, there are also greater lifestyle differences among the sexes.

Because of these lifestyle differences between men and women, men are at a higher risk for cancer. Some of the lifestyle choices include bad health habits. Men, more often than women, eat diets rich in foods that are unhealthy and are not as quick to be concerned about losing any excess weight gain as women are.

Other lifestyle factors for men are that they smoke more often than women do and are also often subject to environmental substances that can cause cancer. Though there are similarities in the types of cancers that both men and women get, there are three types of cancer that occur most often in men.

1. Lung cancer is the number one cancer most often diagnosed in men. Hundreds of thousands of men are diagnosed with this form of cancer. The most common cause of lung cancer is smoking. Symptoms include a nagging cough, feeling short of breath, bringing up blood when coughing and voice changes.

2. The second type of cancer that most often affects men is prostate cancer. Thousands of men die needlessly from this type of cancer because of the discomfort that goes with getting a rectal exam to check the prostate. But if you’re at least 40 years old, you need to go in for an exam of your prostate regularly.

If you have relatives who have had prostate cancer, your odds of getting the disease increase. Some of the symptoms of prostate cancer include swelling in the lower extremities, feeling like you need to urinate and can’t and blood when urinating.

3. The third leading cause of cancer for men is colon cancer. This type of cancer is often referred to as the silent cancer, because many symptoms don’t show up until the disease has progressed.

If you notice a lot of gas pain, pain in the abdomen or changes in the shape of your stool, consult your doctor. While bleeding after a bowel movement doesn’t always mean that cancer is present, any bleeding from the rectum should be checked out.

Men are also more at risk than women for other types of cancers. More men than women develop skin cancer. There’s also a higher occurrence among men for getting bladder and kidney cancers, for mouth cancer and for pancreatic cancer.

Clearly, cancer and men are an especially dangerous situation in our culture.