You are here: Home / Health / Diabetes Symptoms in Men 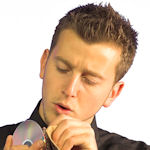 One of the most common reasons for being diagnosed with type 2 diabetes is well known. Being overweight significantly increases the risk for both men and women for developing this often preventable disease. But what you might not know is that there are diabetes symptoms in men that are often different from those of women.

Signs of Diabetes In Men

However, the risk of getting diabetes is surprisingly higher for men than it is for women. The body mass index for both sexes is a good indicator of weight health and plays a role in whether or not a man or woman is more likely to become a diabetic.

But studies have shown that women can carry more body fat before developing type 2 diabetes than a man can. Men will develop the disease with a lower weight gain than women will.

One of the reasons for this difference is because when women gain weight, it doesn’t always mean that it’s a gain around the middle of the body. When men gain weight, they seem prone to gain it around the abdomen and get what’s jokingly referred to as ‘Santa belly’ or ‘beer belly.’

But having extra fat around the stomach isn’t a laughing matter. Fat carried around the abdomen is the unhealthiest place to have extra fat. The risk factors for being diagnosed with diabetes if you’re a man are somewhat similar to the risks that a woman has.

Genetics plays an important role in who gets diabetes. If you have parents, grandparents or brothers and sisters who have the disease, then you’re twice as likely to get it than people with no family history of diabetes.

For men, having high blood pressure can significantly raise the odds that you’ll end up becoming a diabetic. Cholesterol levels that are out of control can also raise your chance. High blood pressure and high cholesterol are more often than not the result of a sedentary lifestyle as well as a product of poor eating habits.

Both of these risk factors can be changed to lessen the impact of diabetes. By watching the amount of calories you consume and adopting a habit of exercising, you can reduce your risk of getting the disease.

Diabetes symptoms in men are not always the most commonly addressed issues – like excessive thirst and frequent urination. If you notice frequent headaches, blurry vision and extreme tiredness to the point that you feel you need to nap in the afternoon, those could be warning signs of the disease.