You are here: Home / Health / How Do You Get Warts? 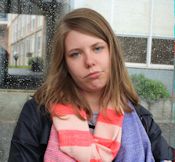 It’s not exactly a fun topic, but warts are a reality for a huge percentage of the human population. So, how do you get the damn things?

It’s simple: almost all kinds of warts are caused by some strain of human papillomavirus (HPV). The virus is usually transmitted through the direct and repetitive contact with the infected parts of skin, but sometimes may be acquired indirectly through public showers or restrooms. It is thought that most people will get warts at some time in their lives. Of course, when people ask “how do you get warts”, they really mean “how can we avoid warts?”

Since warts are contagious, there is no 100% sure method of avoiding them – no change in diet or lifestyle can prevent them. However, there are a few precautions you might take to decrease the chance of being infected. “All” you need to do is to avoid situations when you risk HPV infections.

#1 – Rule number one: don’t overdo it – warts won’t be transmitted to you if you only touch them once or twice.

#2 – Rule number two: avoid public restrooms and showers – they are the main place you can get warts without contacting the infected skin. Theoretically it is also possible to become infected at the public swimming pools, but the chances are minimal.

#4 – Rule number four: no matter how you treat them and what you do to hide them, you can get warts simply because you had them before (too bad!). Warts are known to reappear after months or even years after treating them and even eliminating them. That really sucks, doesn’t it?

In other words, there just is no easy way to avoid the nasty things.