You are here: Home / Health / HydroCodone: The “Secret” of this Powerful Opiate & Nausea 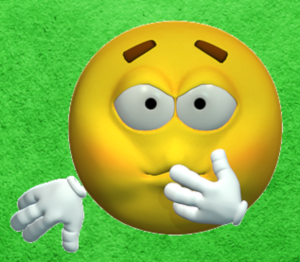 OK, the title of this post is a bit dramatic but three weeks ago I broke my wrist and had to have surgery to repair it. As you might imagine, the pain was terrific and the doc prescribed Hydrocodone for the pain.

They also told me that Hydrocodone made many people nauseated and prescribed some anti-nausea medicine.

The Drugs I Took

#1: I was actually prescribed Norco and that is what the hospital gave me on the day of my surgery. The generic version, which is much cheaper, is Hydrocodone which includes 7.5 grams of this opiate +325 mg of aceteminophen.

#2: Zofran is prescribed for nausea and I got the generic version named ondansetron.

The problem is that it didn’t work! I took them both but I was still very nauseated. It wasn’t for just a few minutes but went on and on.

Then, a followup call from the hospital revealed “The Secret”. She said to take the nausea medication about 30 minutes before the Hydrocodone and to be sure to eat something, which in my case was a few saltines. Voila! Worked perfectly, thank heavens. No more nausea.

My Opinion About Hydrocodone

There is much talk about an “opiate crisis” in America – but I won’t be joining the addicts. I was, of course, very grateful for something – ANYTHING – to stop the awful pain I experienced.

But I quit the drug as soon as I possibly could. In addition to the early nausea, I felt weak, exhausted, sleepy and even depressed. I have two good friends who took Hydrocodone and they both experienced the same symptoms.

At the same time my heart really goes out to people who have experienced long-term pain and got hooked on this drug. God bless you folks. Hydrocodone is NOT a drug to use casually.