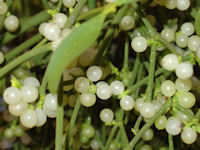 Every single year around the world thousands of industrial workers are diagnosed with often fatal health conditions such as mesothelioma and asbestosis. These conditions have both been linked to exposure to asbestos and inhaling even a small number of fibres can be extremely detrimental to your well-being. Asbestos has now been banned in over 50 countries but is still widely used in developing countries such as Russia, China and India as it is cost effective and easily obtainable.

However as the number of people suffering with asbestosis and mesothelioma has increased so has the amount of asbestos compensation claims and the total cost of asbestos legal action including payouts is estimated to have surpassed 70 billion dollars.

This is often considered as the most severe illness linked to asbestos as it is a form of cancer. Mesothelioma can affect several of the internal organs but is primarily found in the lining of the lungs or the heart. As mesothelioma shares symptoms with a number of other respiratory conditions it is relatively hard to diagnose and once this has been accomplished sufferers are given a life expectancy of approximately 18 months. Mesothelioma is an aggressive form of cancer especially in the latter stages and is therefore hard to treat. Typical hospital treatments include chemotherapy, radiotherapy and in some cases invasive surgery is required which are known to be harsh on the body.

This is another illness that is often mistaken for common respiratory conditions such as C.O.P.D (Chronic obstructive pulmonary disease). Asbestosis also shares similar symptoms to pulmonary fibrosis which is a scarring of the lungs although sufferers of asbestosis are generally suffering from an inflammation of the lungs. Sadly there is not a known cure for asbestosis or pulmonary fibrosis although it is recommended that sufferers cease any smoking habits as they may further increase the risk of developing lung cancer. There are also several natural remedies which can aid in relieving the symptoms.

Being diagnosed with one of the above whilst being extremely dangerous does not mean certain death. There are huge numbers of patients who are still thriving several years after diagnosis and in a few cases sufferers have beat the disease. Nearly all of these patients will lay testament to the lifestyle changes that they made in conjunction with the hospital treatment and example of these miracles lies with a gentleman named Paul Kraus.

Paul was diagnosed with mesothelioma in 1997 and is still going on strong. Mr Kraus was told that even with conventional treatment methods his chances of survival were very weak so opted for less intensive treatments. Paul went about radically changing his lifestyle in order to battle the illness and read several self healing and help books to aid him with this change. He began 'juicing', drinking a mixture of carrot, beetroot and green juices 4-5 times every day. Paul also began to meditate and visualise to keep his body and mind relaxed.

Many survivors believe that keeping active also improves quality of life if done in conjunction with correct supplementation such as vitamin C and a number of eastern medicines have also been noted to facilitate the recovery process although this has not been proven.

Known as Uncaria tomentosa and found in South America this woody vine is believed to have several healing properties. The use of the plant dates back to the civilization of the ancient Inca's in which it was used for medicinal purposes including the treatment for gastritis, arthritis, chronic inflammations, HIV and cancer. It is still widely used nowadays and is easily obtainable from your local health store.

This plant is part of the poppy family and is found in the colder parts of Europe. It can be taken as an extract or in a tea and is believed to benefit cancer sufferers in a number of ways such as:

There have been a number of tests and studies undertaken mainly in Germany and the Ukraine which generally seem to show positive results in relation to the treatment of cancer.

This semi-parasitic plant (meaning that it grows on other plants and trees) has been proven to aid in killing off cancerous cells. A 30 year long study of 35,000 sufferers, showed that patients who were treated with mistletoe had a significantly increased survival rate. It is also said to boost the immune system meaning that your body will have an increased resistance to any other health issues that may occur.

At Atrium we give advice and information on work related health issues, hopefully preventing injury and illness happening. In the cases that workers health is affected we also give legal assistance, this includes making asbestos compensation claims if work exposed someone to asbestos and they developed an illness such as mesothelioma.