You are here: Home / Health / Natural Remedies / The Amazing Power of Home Remedies 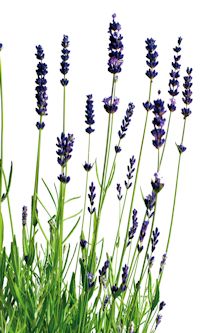 Home remedies sound so … quaint. We picture a colonial mother gathering plants in the early morning to treat an ailing child or a pioneer woman hanging herbs from the rafters of her log cabin. But natural remedies have been the medicines of choice for the human race for tens of thousands of years. It’s only in the last 100 or so years that we sneered at natural health remedies, scorning them as ‘superstition’ or ‘old wives tales’ while eagerly reaching for spiffy and ‘modern’ drug treatments.

But the last 25 years have seen a renewed interest in home remedies and a new respect is emerging. We’ve realized that relying on drugs for every ailment wasn’t quite as smart as we thought and that maybe our ancestors weren’t so dumb after all. So, here is some food for thought if homemade remedies just might interest you, too.

A reputable doctor is not going to hand out drugs like candy on Halloween. She will insist on seeing you in person which means expensive office visits, hanging out in waiting rooms and occasional embarrassment. And we can be sure that in our litigious society a wise doctor is going to protect herself with multiple expensive tests. Very few people have medical insurance (if they have any at all) that pays 100% of medical expenses. Therefore, diagnosis may mean substantial co-pays and deductibles. These procedures are necessary for serious illness but there are a multitude of problems that are not life-threatening or even dangerous and often a natural remedy will do the job and save substantial money.

Natural home remedies cost cents instead of dollars. They are generally cheap, cheap, cheap. And they are especially cheap when compared with the price of prescription drugs, even generic ones. For example, did you know that there is an extremely unpleasant and miserable disease that afflicts an estimated 60 million people which can be helped with … chewing gum! Gum is a fraction of the cost of any drug on the market.

2. Prescription Drugs Don’t Work For Everybody

Even if you are committed to, and comfortable with, using prescription drugs, the medication may not work for you. When I was in my early 20s I decided that I needed to lose some weight. I made an appointment with a doctor and talked him into giving me some weight loss pills. I don’t know what they were but I would guess that they were amphetamines. Anyway, the first night I took them, at 3AM I was still up pacing the floor, wired, and unable to sleep. I repeated this idiocy one more day/night and the same lunatic behavior repeated itself. After two days of taking these nasty pills I had lost a pound and a half – and had a total of about three hours sleep! I threw the bottle in the trash and never tried that again. It was obvious that the price for this weight loss scheme was too high and, even though at my youthful age I believed I was immortal, it was clear that taking these prescription diet pills was a really Bad Idea. Today I know multiple natural remedies that I would definitely try first – and they wouldn’t keep me awake all night!

3. Watch Out For Really Creepy Side Effects

And of course we all know that drugs have side effects – some of them quite terrible and even life-threatening. For example, the most-used drug in the US last year was lipitor, also known as Atorvastatin. According to PubMed Health, the world’s largest medical library and part of the National Institutes of Health, here are some (but not all) of the side effects of lipitor:

Lipitor can even cause a breakdown of skeletal muscle tissue, leading to kidney failure. Lipitor is used to lower cholesterol and there are several possible natural cures for high cholesterol that have helped many people. And one thing is for sure … they don’t cause muscle tissue to deteriorate.

Sometimes patients take prescription drugs for a condition – yet they develop a second problem that requires a different drug. These two drugs may conflict. Too many people have gotten into the terrible cycle of taking drug A, then drug B – and adding drug C to combat the effects of the first ones, and so on ad nauseum. This is obviously not healthy.

I can give you a great example from my own life … I have only been truly sick once. Although I didn’t know it at the time, I had Graves’ disease which is a hormone disorder. There were several symptoms but the one that was most alarming was the way my heart was behaving. It was beating erratically. Sometimes, for no obvious reason, it would speed up and other times it would beat so hard it felt like it was coming out of my chest. You will not be surprised to hear that the whole experience was quite frightening.

So, even though I almost never go to doctors, I went to a cardiologist. He prescribed a beta blocker to protect and regulate my heart – and it worked beautifully. Then he sent me to an endocrinologist who discovered my hormone problem. Naturally, a different medicine was prescribed for my hormone condition. But the thyroid medicine conflicted with the beta-blocker and when I discontinued the beta-blocker, my frightening heart symptoms resumed.

What to do? After a lot of research I discovered that copper might cause my heart beat to return to normal. And, sure enough, it worked! So, I was able to discontinue the beta-blocker and take the thyroid medication. Copper was the perfect natural cure for my erratic heart beat. If simple home remedies like an inexpensive copper supplement can heal my heartbeat, they are powerful natural healing remedies.

5. Some Ailments Just Aren’t Worth A Trip To The Doc

Even if you are willing to absorb the expense, there are many problems that just don’t merit a trip to the doctor. A sunburn is definitely miserable but unless you have truly deep burns, most people tough it out. There may be natural remedies in your kitchen or bathroom cabinet that will remove the pain and speed up healing and will do as good a job as any prescription.

6. Natural Home Remedies Are Easy To Make (Or Buy)

Natural home remedies are easy to make. You can grab your blender or paring knife and create marvelous concoctions that will help a zillion different ailments. Likewise, they’re easy to come by. A quick trip to Amazon is often all that’s necessary.

7. Drugs And Loaded with Toxins Damage Us – And Our Kids!

Millions of people have realized that our world is filled with toxins and that the fewer of these in our bodies, the healthier and happier we will be. Drugs are sympathetic chemicals that are loaded with toxins. Over long periods of time we are exposed to myriad of toxins and very little is known about the accumulative effect of these toxins and chemicals on the human body. All we do know is that many disorders and problems are becoming epidemics in our society. The worst part is that children have been affected even more than adults by the exposure of toxins. Holistic remedies absolutely will NOT fill our bodies with toxins.

Will all home remedies work for every body? Of course not! But neither will every drug work for every person. For many years, summer has been the Season From Hell for me. That’s because there are poison plants that affect me drastically. I don’t have to touch them – somehow those evil plants drift through the air and run me down. :-) I break out in swollen blisters, pain and terrible itching. Then, one summer about four years ago I had a sudden brainstorm [thank you, brain!] and experimented with my own homemade remedies. Since then I’ve thumbed my nose at poison plants, and when I notice a few blisters beginning, I am able to shut them down overnight. I no longer feel dread at the thought of approaching summer.

Home remedies are friendly to our planet whereas drugs can have serious consequences. Testing has revealed that the water supplies in many cities contain drugs of all kinds. When they are finished with their drugs many people simply toss them in the toilet or down the sink where they mingle to become a part of the water we all drink.

Further, all drugs are not absorbed by the human body but are discharged into the sewer system. This will never be a problem with natural home remedies – never!

” A vast array of pharmaceuticals — including antibiotics, anti-convulsants, mood stabilizers and sex hormones — have been found in the drinking water supplies of at least 41 million Americans, an Associated Press investigation shows.

But the presence of so many prescription drugs — and over-the-counter medicines like acetaminophen and ibuprofen — in so much of our drinking water is heightening worries among scientists of long-term consequences to human health.” (USA Today)

Are drugs “evil”, to be avoided at all costs. Of course not! There are times when they are necessary and a godsend. When I broke my wrist, the pain was terrible and I was happy to swallow a pill every few hours. However, we believe that they should be used carefully and sparingly. There are times when natural remedies will do a wonderful job and using drugs is like exploding a nuclear bomb to kill an ant. Once you fall in love with home remedies you will wonder how you ever ignored such a rich healing tradition.