The ice cream diet is one of the popular fad diets. No surprise there. The possibility of scarfing down ice cream – and losing weight – is simply irresistible to many of us.

What you get to eat: this diet plan allows three meals/day plus one snack. In addition, there is one cup of ice cream per day for women and 1 1/2 cups for men.

Proponents claim that this diet is actually good for us since there’s milk in ice cream. Really ridiculous claim. Ice cream is loaded with sugar and fat and cows milk is NOT a healthy food for humans! More on that subject at another time …

Also, there are claims that there is something ‘magical’ about the calcium in the ice cream that speeds up weight loss. Actually, calcium is much higher in leafy green vegetables than it is in milk. Ice cream dieters almost certainly lose weight just because their calories are low. 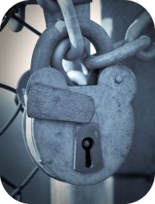 On the other hand … there is a strong positive psychological element because eating ice cream – if you’re an ice cream lover – ‘sort of’ does away with that horrible deprivation factor. If you’ve ever dieted, you know exactly what I mean. It seems as though the cell door slams shut, locking you inside Starvation Prison. Forever.

The inventors of the ice cream diet claim that it’s healthy. The response to that is – it could be, but doesn’t have to be. It’s up to each participant to ‘spen’d her calories however she wishes. When preparing for the extrmely violent, but very fascinating, Kill Bill movies, actress Uma Thurman says she lost 25 pounds in six weeks by eating nothing but sweets like ice cream, pudding and chocolate. I ate whichever desserts I liked and still lost 25 pounds because I didn’t eat anything else.” No one could seriously claim that’s a healthy diet.

In summary: the claim that extra calcium makes us lose weight faster seems like nonsense. The only true advantage of the ice cream diet is that it allows room for some indulgence. IF someone could adhere to it long enough, she might lose weight. But maybe not.