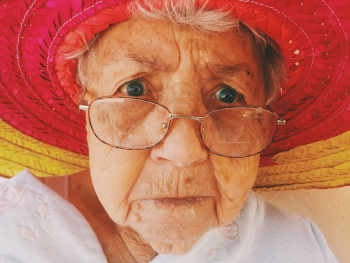 A spider veins treatment is of intense interest to many women. Spider veins and varicose veins (often misspelled as vericose veins) are – sort of – the same thing. Both kinds of veins can be enlarged and are usually purple or blue. If you’ve ever seen bulging cords, you will know what they look like because they are so swollen they may bulge out from the surface of the legs, where they usually appear. Hemorrhoids are a form of these unsightly veins. The difference between a spider vein and a varicose vein is one of size, with the spider veins being smaller. Arguing over a name, though, isn’t important to those who have them – usually women 50 and up – and a varicose vein treatment is usually the same as spider veins treatment.

Varicose and spider veins (naturally) have a fancier medical term: telangiectasia. At worse, they are swollen or dilated veins while less severe cases look like … well, spider webs. Men don’t get them as often – and besides, their hairy legs cover them up. 75%-85% of the sufferers are women, most likely because of the kinds of shoes women wear.

{Personal Note: I have never liked high heels and ‘dainty’ shoes and have worn flat shoes, mostly with laces and socks, most of my life. At 65 my legs are perfect! Knock on wood.}

Although these veins are ugly, they are rarely dangerous, unless this slowdown of circulation affects the heart in some way. Regardless, though, they’re unsightly and don’t make anyone feel good about themselves. Effective treatment can add to self confidence and a feeling of attractiveness.

Sometimes the veins appear on the face (even more yuck!), especially if the sufferer has had rosacea or has very thin, light skin. Other factors may include:

There are three primary treatments for spider and varicose veins:

There aren’t any drugs or medications that are especially effective. Generally, the sufferer will end up simply camouflaging her veins with makeup and moving on to another option.

The lasers work by heating up the blood that has coagulated in the veins, so this the body will re-absorb it. It isn’t painful, with stinging being as bad as it gets. Generally, it takes three treatments, every three months, to get rid of the veins, so The Much Hoped For Disappearance isn’t instant. This is the only treatment recommended for the occasion vein on the face, or really small ones on the legs.

Removing veins with liquid is called ‘Sclerotherapy’. A sclerosing solution is injected into the veins and over a period of time they contract and collapse. Several sessions are usually required and the patient should avoid certain stressors like alcohol, hot showers and exercise … at least! An excuse to be a couch potato! :-)

In the past, doctors opened up legs and stripped out the veins. This is rarely done anymore and shouldn’t be considered unless there is a health problem associated with the veins, like a circulation-to-the-heart issue.

It’s reassuring to know that those of us who are seeking spider veins treatment or a varicose vein treatment have so many options. Obviously, you need to get professional advice before deciding what YOU should do.