You are here: Home / Health / Signs of a Stroke in Men 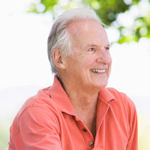 Strokes are not health emergencies that just happen to elderly men. Strokes can strike even in a young man’s life. The risk of having a stroke is greater in men than in women – though strokes can be more fatal in women. So it's very important for men – AND women – to know the signs of a stroke in men.

Some studies attribute the higher number of men who have strokes to the habits they engage in that impact the health of the heart. There are three types of strokes to be aware of.

The first is a transient ischemic attack or a TIA. This type of stroke is caused by a blockage that resolves itself. Men can have one TIA before having a major stroke or have several. A TIA has similar symptoms of a major stroke and should be taken seriously as they often herald the coming of a worse stroke.

When the blood vessels in the brain become narrow, your risk of a stroke rises dramatically. There are several reasons that cause blood vessels to narrow and some of these causes are outside of a man’s control.

If you’re a man, your risk is automatically greater. If you have a family history of immediate family members who have experienced strokes, then your risk is higher. Age also matters.

If you’re approaching 50, your risk increases with each year after turning 50. The color of your skin also matters. If you’re African American, you have a higher risk of having a stroke than other races.

There are health conditions and health choices that relate directly to having a stroke. These underlying reasons put men in a high risk category. Some diseases are automatic warnings for the possibility of stroke. Two of these diseases are diabetes and heart disease.

Not eating healthy can lead to having low levels of HDL cholesterol and high levels of LDL cholesterol. Having high blood pressure that’s not treated can cause a stroke to occur. Smoking can cause damage to the blood vessels which is one of the reasons doctors urge men to quit smoking.