You are here: Home / Health / Are You Suffering from the Symptoms of Migraine Headaches? 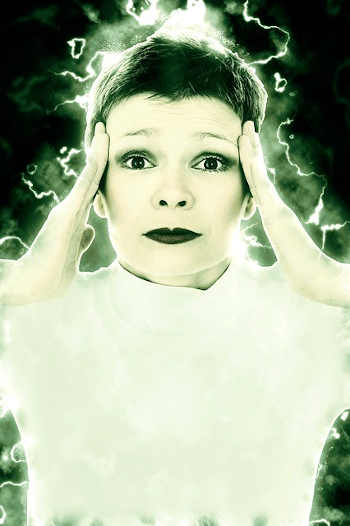 The pain is so intense. Your head throbs and pounds. It is impossible to formulate a coherent thought. Sometimes you think it is impossible just to breathe. Time drags by so slowly that every second seems to last a year. You believe that this torment will never end. After awhile, you cannot even remember what life felt like without the agony. Was there ever anything other than pain? you wonder. You are desperate and alone in a world of hurt… If this experience is familiar to you, then you know all too well that this horrific, gut-wrenching pain is only one of the many symptoms of migraine headaches.

The Emotional Grief of Migraines

In addition to experiencing physical torment, migraineurs struggle with social stigmatization as well. It is common for misinformed people to disregard the migraine syndrome; often such people have no understanding whatsoever of the misery that migraines can inflict. They callously dismiss those who are afflicted, labeling them as drama queens or hypochondriacs. This attitude is not only cruel but also highly ignorant.

Migraine syndrome affects roughly 30 million Americans. The pain can be so severe as to completely debilitate the patient. In fact, in the United States alone, employers lose over 13 billion dollars every year as a direct result of migraineurs missing a total of 113 million days of work.

Samantha has suffered from the symptoms of migraines since she was 14 years old. When she describes the pain of a migraine, it is obvious that she is not a drama queen. It hurts so bad that I can’t help crying… Crying makes a normal headache worse, but it wreaks havoc on a migraine. I want to stop crying, but as the pain grows, so do my tears.

She explains how society’s ignorance only adds to her distress. It doesn’t help that a lot of people just think I’m being whiny or childish. They cannot comprehend the pain. If they did, they would not look at me like that. Their indifference and scorn intensify my misery. I feel so alone and isolated, and I physically hurt so much. My crying has now turned into sobbing… and the migraine grows steadily worse…

*Vivid throbbing pain, often on only one side of your head
*Changes in your hearing and sight, including blurred vision
*Nausea and vomiting
*Feeling excessive fatigue or disorientation
*Being overly sensitive to noises, lights, and aromas
*Feeling chilly or sweaty
*Stiff, sore neck muscles

The Types of Migraines

*Migraine without aura (previously known as a common migraine):

Migraines without auras include the symptoms listed above. They tend to start more slowly than migraines with auras. They also usually last longer and interfere with more day-to-day activities.

*Migraine with aura (previously known as a classical migraine):

Migraines with auras have all the above symptoms of a migraine, as well. What makes migraines with aura different is that they start with a warning sign, or an aura. An aura almost always affects the person’s vision. She might suddenly see flashing colors or zigzag lines, or she might momentarily lose her peripheral vision. She may also experience muscle weakness and mental confusion.

Auras last approximately 20 to 30 minutes. Sometimes they occur before or after the head pain. Sometimes the aura and the pain actually overlap. Occasionally the pain never occurs.

You can learn to treat the symptoms of migraine headaches. Making certain lifestyle changes (like reducing stress and consuming natural supplements) can be highly effective. It is also essential that you identify the triggers of your migraines so that you can learn how to avoid them.