You are here: Home / Health / The Frightening Dangers of Synthetic Drugs 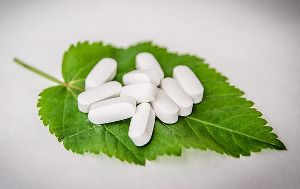 For centuries, mankind has used drugs that grow freely in nature. By contrast, synthetic drugs, like methamphetamine (meth), Ecstasy (MDMA) and LSD (acid) are non-organic, chemical compounds produced in a lab.

And there is a newer wave of synthetics that are extremely popular. These are chemicals that mimic marijuana (with such names as “K2” or “Spice”) or so-called “bath salts” (marketed with such names as “Purple Wave” and “Bliss”). These are very popular because there are no federal laws in the U.S. that make them illegal. Further, they are cheap and easily obtainable and, if their user takes a blood test, they will not appear on the test results, unlike familiar organic drugs such as marijuana.

Rohypnol, the “date rape” drug, is a prescription medication legally used as a tranquilizer and sedative, but in general synthetic drugs have only one purpose: to get their user high.

These chemicals are extremely dangerous and become even more so when mixed together. “Speedballing“, for instance, combines Ecstasy and Rohypnol to intensify sensations. Synthetic drugs are also combined with cocaine, crack, pot or heroin creating a drug cocktail that can result in permanent damage or even death.

The hazards of these recreational synthetics cannot be over-emphasized. A long-term meth user, for example, is quite distinguishable because of rapid aging, the loss of teeth and a generally ravaged look. But even casual use can send the substance user to the emergency room or the cemetery.

Depending on the drug(s) of choice, physical symptoms such as difficulty in breathing, greatly accelerated heart beat, nausea and vomiting are common. There are mental delusions, hallucinations and paranoia with frightened users report contact with demons and hostile aliens from other planets and dimensions. Thoughts of suicide have resulted in several deaths. Comas can result, especially because it’s so easy to overdose.