You are here: Home / Health / Weight Loss / How Effective is the Apidextra Slimming Pill? 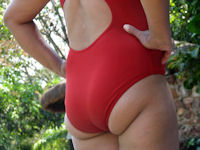 I spent an unpleasant half hour reading reviews on this latest ‘miracle’ for weight loss. My conclusion: DON’T!!!

Because dropping those unwanted pounds can be a struggle even for people with fast metabolisms and strong determination, slimming pills like Apidextra have been manufactured to make this goal much easier to achieve. This weight loss dietary pill available widely in the market today promises to give you the figure you’ve always wanted. It claims to be effective in boosting metabolism and suppressing appetite.

The first question in everyone’s mind: is Apidextra effective?

We look at various sources of information from the diet pill’s official website to customer testimonials from unbiased online reviews.

On its official website, you can see how the manufacturer makes it sound like Apidextra is the best thing that ever happened to dieters. It claims that it produces significant weight loss results at an extremely fast rate—burning five times more fats and calories, fighting cravings three times longer, and enhancing metabolism by 237 percent. Sounds amazing, right?

If you’re a smart consumer, you’d find it difficult to trust a pharmaceutical company knowing that it would tell you whatever you want to hear just to get you to buy its products. You can’t blame the company from pushing and advertising its products really well. That’s how they earn money after all. This is why, apart from the official product information, it’s a must to check out what other people have to say.

Success stories usually accompany health-related products. Apidextra has its own string of positive reviews from people claiming that it indeed lives up to its promises. Reviewers say that they were able to drop unwelcome pounds in only a matter of days, and that they were highly satisfied with the product’s results. They highly recommend intake of this dietary pill for everyone who wishes to achieve a slimmer figure.

But that’s just one side of it. On the other side, you’ll find negative feedback from those who strongly argue that they did not experience any noteworthy weight loss. Many also complain of extreme exhaustion and lethargy after taking the supplement for several days. There were reviewers who reported of side effects similar to those experienced with excessive caffeine intake. Others say they quickly abandoned the product after seeing that it doesn’t seem to work at all.

The dietary supplement has received considerable media exposure particularly on television, print ads, and health websites. Take note though that only press releases and advertisements were in favorable light of the product. Unbiased news reports, meanwhile, were firm in pointing out the negative side of Apidextra.

So what’s the verdict?

The only way to know a product’s effectiveness is to try it yourself. But of course, consumers wouldn’t want to be guinea pigs like that. Instead, they’d prefer to rely on other people’s word. And because there have been more negative feedback than positive, it can be assumed that Apidextra is not as effective as it claims to be. The fact that it comes from Utah, the diet scam capital of the US and that it doesn’t back up its big claims with actual evidence further raises suspicion.

If you still wish to try Apidextra and give it chance, just make sure that you consult your doctor first to see if you’re fit and healthy enough to take slimming pills.