You are here: Home / Health / The Yoga Challenge: Yoga Benefits

Yoga has been described as the heart of healing and it provides a uniquely harmonizing effect for the entire body. Thanks to its emphasis on deep, rhythmic and effective breathing, yoga not only increases lung capacity and oxygenation of the brain but also the flow of electromagnetic energy which is generated by the heart and transported around the body by the nervous system. 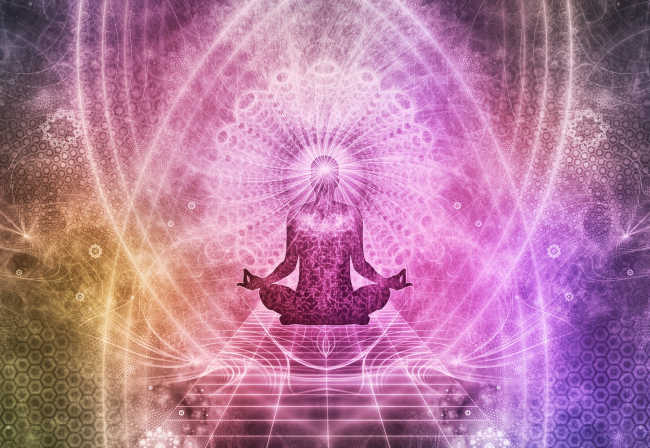 While poor breathing may not always be at the root of depression, it is a fact that people who are depressed or who are suffering from some other kind of mood disorder tend to breathe shallowly and irregularly. By emphasizing effective breathing, yoga can have a very positive effect on the mind as well as the body.

Electrocardiograms have shown the damage to the heart caused by stress and negative thinking and have also demonstrated the healing process that can be brought about by a lessening of stress and more positive thinking.

Yoga also addresses the complaints caused by stress such as tension headaches and hyperventilation. Although it can take a long and dedicated practice of yoga to completely reverse the damage caused by stress and neglect, even complete yoga beginners will soon see an improvement in body function and mental outlook.

Thanks to its emphasis on balanced stretching, yoga can help prevent and ease any number of painful conditions caused by overuse of joints and limbs. These include injuries ranging from hamstring and other sports injuries to conditions such as a frozen shoulder.

Yoga has also been proven to help maintain bone density and to encourage the healthy movement of joints. Better posture, reduced back pain, improved digestion, greater suppleness, clearer sinuses, better balance and improved muscle and skin tone are some of the other benefits of yoga.

One of the benefits of yoga that is most sought after by Western practitioners is the sense of inner peace that yoga brings. This can best be described as the marvelous sensation of simply being rather than doing all the time.

This represents a kind of mini vacation from the pressures of our hectic daily lives and, interestingly, is a result of the total concentration that yoga trains us to achieve.

The majority of yoga consists of practicing the asanas and these were originally a variety of sitting positions in which yogis meditated.

Nowadays these have developed to include thousands of other postures all of which, when carried out correctly, free up our breathing and energy. This, in turn, supports our brain function, increasing our capacity to think clearly and to concentrate.

Yoga works with the natural rhythms of the body to help create that sense of inner peace that so many of us crave. By balancing and harmonizing the body through correct breathing, yoga can help combat the symptoms of stress, including tension, tiredness, irritability and headaches.

In doing so, yoga helps to foster and maintain the state of inner peace that, in turn, helps us to deal with and manage stress.
Yoga and Healing

Yoga brings us the combined benefits of proper breathing, the asanas and meditation which together form a powerful healing force. Yogis believe that controlled respiration coupled with a focus on a part of the body which is diseased or injured in some way will result in the restoration of the natural functioning of energy or prana in that part of the body.

Complete relaxation forms an important part of Hatha yoga as it eliminates stress and tension that block the flow of prana. Yogis believe that it is the blockage of prana which results in disease.

Allowing it to flow more freely through relaxation is considered to be a form of preventative medicine.

Relaxation also leads to a more balanced outlook which, in turn, helps prevent the stress that causes so many of our ills.

There is documented evidence that the release of energy associated with yoga can even help sprains and fractures to heal. This is because a fracture causes an imbalance of energy in the particular part of the body that is affected. Yogis believe that yogic breathing and visualization combined can help restore the flow of energy in the affected area.

Yoga places a lot of emphasis on the importance of visualization to stimulate the body’s systems and therefore to help heal them.

Visualization is believed to be so beneficial in easing mental and physical tension that it is often taught to sufferers of particular diseases, most famously cancer. Meditation techniques have also been taught to cancer sufferers to help treat their symptoms.