You are here: Home / Mixed Bag / A Visit From Sir Henry The Turkey Vulture 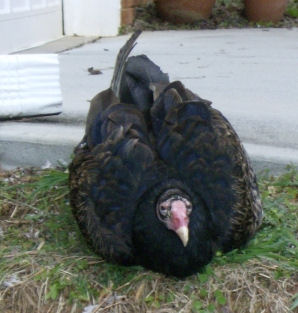 The phone rang and I picked it up to hear my son's voice: "I'm calling you from the driveway."

"There's a huge bird out here and he's heading into the garage."

I hurried to the garage and we both watched a huge turkey vulture, left wing extended, drag himself into the garage and head for a relatively protected corner. He didn't make a sound but he obviously didn't like our presence. He watched us cautiously as we stood back and gave him room. We were careful not to get too close but we were definitely curious about this bird who had apparently injured his left wing.

After a few minutes, we left to run an errand, leaving the garage door open in case the bird wanted to leave. My son named him "Sir Henry", although "he" might very well be a "she", and when we came back Sir Henry had moved outside. The interesting part is that this time he didn't move when we appeared. He seemed to have decided that we were no threat. 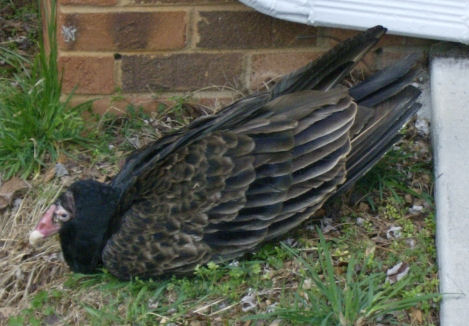 My son brought him a bowl of water and we sat outside on the driveway for a while, talking to each other and the bird. Finally, we went inside and when I came back out an hour or so later, Sir Henry was gone.

The Power of Sir Henry's Visit

We humans often think we're the only important species on this planet. Sometimes we forget that other life forms even exist except for how they affect us. For me, this short acquaintance with a turkey vulture or buzzard was a reminder of how we share this gorgeous planet. Multiple generations of species – in this case turkey vultures – live their lives, raise their children and pass on and don't even know, or care, that we're here.

Since this incident I've learned a great deal about turkey vultures. They're very useful – they live almost exclusively on carrion or dead animals and thus help to keep our planet clean. They are social and live in large groups. But where? I've never seen a large group of buzzards – have you?

The visit of Sir Henry was a powerful reminder of the mystery of life and, although it was brief, he will not be forgotten. Thank you, bird. We send you blessings and hope your wing healed and that you're OK. 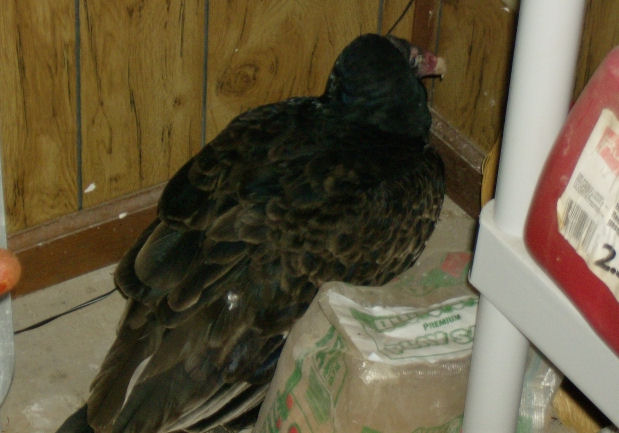