You are here: Home / Mixed Bag / An Intelligent Octopus Says “Thank You” 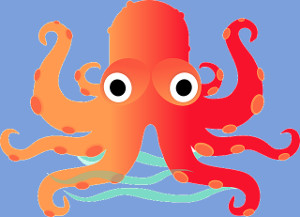 This is an utterly amazing video. A kind soul rescued a stranded octopus and it literally said “thank you” to its rescuer. We tend to think of “other species” as having little in common with humans. Who would have thought that an octopus could feel gratitude? And more than many people I know.

I had no idea that octopuses or octopi were so intelligent. At the beginning of the video we can see that it was trying to protect itself by drawing up as tightly as possible and covering itself with sand. That could be instinct only. This is not to suggest that instinct isn’t critically important – it is. But it’s apparent in many species that clearly don’t have any mental functions beyond that.

However, gently laying its tentacle across the boot of its rescuer is astonishing. It clearly can think and possibly even has emotion. I did some reading on these fascinating creatures and their intelligence is amazing. We share this gorgeous planet with countless other species and it’s wonderful to learn about some of them. I will never again have the same attitudes towards the octopus species. Bless them.

Home Of +10 Designs
Inspirational Quote of the Day
If you make an intention without being on the joy frequency, you apply the accelerator and the brakes at the same time.