You are here: Home / Mixed Bag / A Bird’s Beak Saves Us From 10 Foot Centipedes 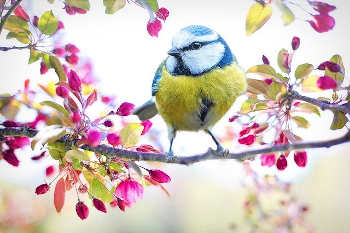 OK, the headline “A Bird’s Beak Saves Us From 10 Foot Centipedes” sounds just a tad sensational, but it really isn’t. I must tell you that I am completely GROSSED OUT by insects!!! I know there are people on this planet who are fascinated with them and good for them, but I am definitely not one one of them. The reason I’m telling you this is because I would never watch a documentary on bugs, but my son did and it just increased my admiration and love for birds.

I love birds as much as I detest insects. I knew there were giant bugs on this planet many millenia ago and apparently there were some really horrible things around to eat our poor ancestors. For example, a 10 foot centipede. I am repulsed by the tiny things today – can you imagine one that was 10 Freaking Feet long? But fortunately, they’re all gone and the reasons why are fascinating. Today our atmosphere is about 21% oxygen but in the past it has been much higher. When it was, it enabled insects to grow much larger. It has to do with the trachae through which insects breathe and I can’t explain it really well since I didn’t watch the documentary and don’t plan to do so.

However, here’s the thing: the amount of oxygen in the air varies over time, ranging from about 15% to 35%. In fact, we have more oxygen today than at times in the past so why haven’t insects grown larger again? According to the documentary it’s because of the blessed birds! They eat huge amounts of insects and keep their populations in check and these very effective insect predators didn’t exist back in the earlier days of huge insects. The birds then were dinosaurs, running around eating our mammalian ancestors. :-) But we forgive you, birds. And thus a bird beak saved us from giant insects.

Side Note: another fascinating tidbit of information is that there were once giant dragonflies the size of hawks. They became extinct because of, believe it or not, flowers. Apparently when flowers appeared they started dropping their petals some of which inevitably fell into water. This spurred the growth of small organisms who ate the flowers and used much of the oxygen in the water. Thus, when the dragonflies laid their eggs in the water, the babies couldn’t get enough oxygen to survive and the dragonfly’s ability to reproduce ended.

Home Of +10 Designs
Inspirational Quote of the Day
No matter what you're doing deem it fun, find the joy in it.