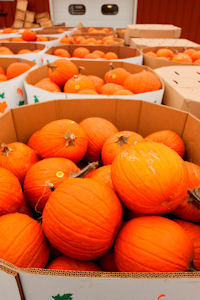 Financial turmoil and economic downtrends have been evident throughout the world and in most sectors. Yet, in the agricultural machinery sector, there has been an uptrend, reflecting an annual compounded growth rate of 3.9% between the years 2007-11.

Figures from the Industry

This steady increase has been fuelled largely by Asia Pacific and Europe. Large growing economies such as China and India have offered agricultural subsidies to their farmers and have actively encouraged the purchase of lower horsepower equipment. Economies such as South Korea have focused on agricultural machinery as one of the sectors that need to be pursued actively in order to maintain their high rate of growth. A good harvest is always a precursor to larger purchases of agricultural machinery, and greater imports within this sector. In 2011, the global market expanded by 11.9 % to reach the figure of 61.7 billion.

Trends from the Industry

In the agricultural machinery sector, developing economies have always spurred the growth. Countries with low income groups opt for lower priced tractors, such as those manufactured by Mahindra & Mahindra, whereas the larger equipment is now being sourced from multinationals who have established their base in these countries.

Within developed companies the trend now is towards buying bigger and better machinery. Lower input costs, higher outputs and much greater efficiency are the results of this upgradation. Lack of skilled agricultural manpower in these countries is also responsible for greater dependency on efficient machines.

Agriculture industry will always show an uptrend, due to the rising population and the greater demand for their goods. The agricultural machinery will also simultaneously show an increase and even though farmer incomes may not be rising steadily, the machinery expenses will always be a part of their budget.

The largest market for agricultural machinery remains the US, cornering about 43.9% of the revenues in the year 2011. Volume-wise, India is the largest market, purchasing approximately 401,606 units in 2011. Europe is also a fairly large market, since it contributed about 38.4% in revenues during 2011.

Under 50 brake horsepower tractors form over 60 % of the sales, whereas the larger ones contribute about 33.5%. It has been forecasted by industry watchers that by 2016, the sales will reach around $ 102 billion, showing an increase of around 10.7 %. It is expected that Europe will become the largest regional market with sales around $41.9 billion.