Today is Columbus day in the USA. It is in honor of Christopher Columbus who ‘discovered’ North America, believing he had reached ‘the Indies’. The picture below shows replicas of two of Columbus three ships, the Pinta and the Nina, in Newport, Kentucky. Columbus had a third ship, the Santa Maria and I have no idea why it wasn’t re-created. 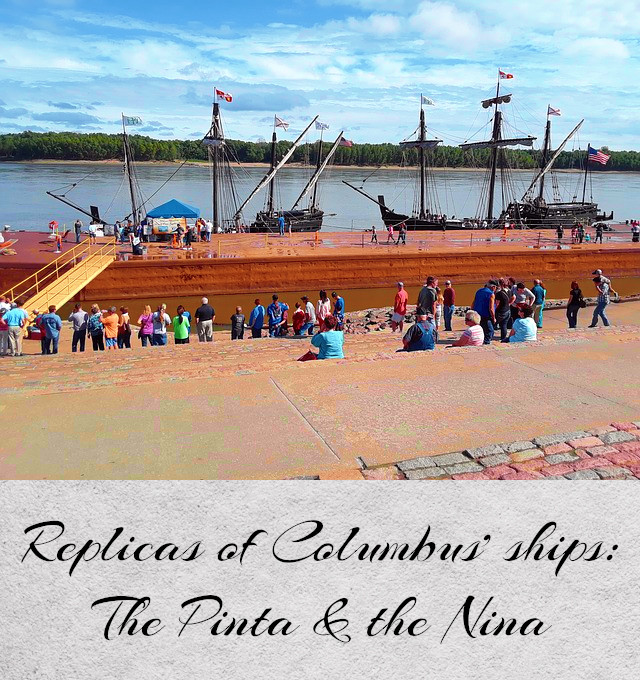 “The Nina was built completely by hand and without the use of power tools. Archaeology magazine called the ship “the most historically correct Columbus replica ever built.” In 2005, the Pinta, also a caravel, was launched in Brazil and was the first ship to sight land in the New World. Historians consider the caravel the Space Shuttle of the 15th century.” [https://www.tallahassee.com/story/news/2018/02/18/replica-christopher-columbus-ships-pinta-nina-land-st-marks/337379002/]

I’m not an adventurer – I would have stayed in the east rather than getting in a covered wagon – but I can appreciate the courage it took to set sail in one of those tiny boats. Imagine crossing the Atlantic with only oars and sails, uncertain about where you were going and how long it would take. Amazing.