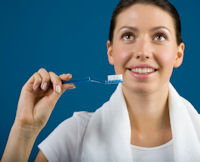 Our bodies are nothing more than a habitat for bacteria. In fact, many of these bacteria share space with the food we put into our mouth. Our mouth – the one place where we are most afraid of bacteria. That's why we brush, floss, and use a wild assortment of gargles and rinses to keep it clean and fresh.

According to Smile Cliniq Dentist, your smile is one of the most important things about you. It's one of the first things people see. It's also something most people are embarrassed about – and for good reason. While there are many bacteria that are friendly to our mouth, there's also a whole host of bacteria whose only mission is to wreak havoc in there. A recent study sheds more light on the types of harmful bacteria that call our mouth home.

Some Background on Oral Bacteria

Not all bacteria int he mouth are bad. The mouth contains an estimated 10 billion bacteria. Most of us grow up thinking that we must eradicate everything in there with alcoholic mouthwashes, toothbrushes, and floss. However, some bacteria are actually beneficial. For example, some bacteria in our mouth:

With that said, not all bacteria are helpful. Bad diet and bad lifestyle choices can contribute to the buildup of pathogenic bacteria. In fact, a recent study focused on one such pathogen – the SR1 bacteria – which is associated with a disease called periodontitis

A Short History of SR1

It's not a bacteria that you hear a lot about. It was first discovered in contaminated aquifers. Since then, it has been discovered as a normal part of the human gut microbe population. Recently, it was discovered that these bugs also live in our mouths and this is where things get really interesting.

Microbes from the mouth have told an interesting story to scientists at the Oak Ridge National Laboratory. Specifically, the SR1 bacteria has been linked to periodontitis after researchers recently cracked the code of the bacteria. The findings were published in the National Academy of Sciences. Now, SR1 bacteria aren't confined to just the human mouth. They live everywhere – including deep within the Earth.

Until now, they've never been cultivated in a lab setting. The recent findings are important because researchers have discovered that SR1 is elevated in an inflammatory condition called periodontisis. The condition involves the progressive loss of the alveolar bone around the teeth. if left unchecked and untreated, it will cause loosening and eventual tooth loss.

The scientists found that the SR1 employ a very unique genetic code in which the codon UGA doesn't do what it normally does. The codon UGA is basically a sequence of nucleotides guiding protein synthesis. UGA actually introduces a glycine amino acid instead of acting as a stop code.

In other words, it's sort of like discovering that the word "stop" actually means "go." The researchers think that the altered genetic code limits the exchange of genes between SR1 bacteria and other bacteria because they use a different genetic alphabet.

This new alphabet is very unlike the code that inhabits most bacteria. You see, most bacterial genetic codes can be "swapped." This is actually one reason why resistance to antibiotics is so concerning – because bacteria can effectively communicate with each other.

If bacteria can communicate with each other, they can share genetic mutations that may offer improved resistance to antibiotic treatments. With the SR1, scientists know that the genetic code can't be shared with other bacteria. This could end up being a good thing for those who suffer from periodontitis.

Until now, no one has been able to cultivate this kind of thing in a lab. Now that it's happened, scientists think they have another piece of the puzzle in understanding the microbiological factors involved in periodontitis. They also have a framework to help interpret genomic data from the bacteria and can use it to understand other bacteria with similarly altered genetic codes.

The genetic information obtained from sequencing just one cell might give researchers a clue as to how to domesticate these organisms so that they can be further studied in the lab. While there's still a long road ahead for researchers, they hope to be able to fully understand the link between periodontitis and SR1. From there, new treatments may be developed as the organism is better understood (i.e. it's strengths, its weaknesses, etc.).