You are here: Home / Mixed Bag / How To Be Immune To The Swine Flu

The world, and particularly the US, is awash these days with fear over the Swine Flu, with people wandering the streets and stores wearing masks to protect themselves from this coming ‘pandemic’ (which simply means disease spread over a large geographic area). The Swine Influenza paid us a visit in the 1970s but this is supposed to be a ‘new’ strain and the CDC in my home town of Atlanta has raised their alert to a Level 5. But many of us don’t even ask how to be immune to the Swine Flu – because we don’t even believe it’s possible.

However, we question whether this swine flu alarm isn’t misplaced? There is another view of human immunity called Pleomorphism that has an entirely different view of disease and immunity.

The idea of the ‘Attilla The Hun Germ’ that invades the human body to wreak havoc and mayhem had its modern origins with the work of Louis Pasteur who was, of course, a notable 19th century French chemist and microbiologist best known for his germ theory. In this scenario, the germ, bacteria, virus or ‘bug’ can invade any human body, bringing sickness or even death.

But there is an alternate theory of disease which says that these bugs can survive and thrive ONLY in certain environments. It therefore stands to reason that the swine flu virus does not CAUSE disease, but rather seeks out an environment where it can thrive best — and that is in oxygen-deprived bodies. This theory, known as Pleomorphism and was advanced by a contemporary of Dr. Pasteur’s, Dr. Rudolf Virchow (1821 – 1902), the "Father of Pathology".

In fact, Pasteur and Virchow argued their different theories back and forth for many years. Pasteur recanted at the end of his life and acknowledged:

"The microbe is nothing. The terrain is everything."

What Does This Mean For The Human Immunity System & Swine Flu?

All well and good, but what does this mean to us and immunity from the Swine Flu – or any other nasty illness? What it means is that WE are in charge, WE are responsible for our own protection, WE have the power!

What is a germ or virus bug anyway? It is defined as a "submicroscopic infective agent" and in our wisdom we send powerful drugs into our system, 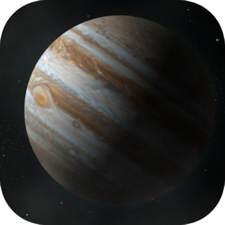 drugs that are supposed to seek out and annihilate the germ that had the nerve to invade our system. The problem is that, since a virus is a living organism, the drug must be toxic or poison to that organism or else it couldn’t survive. Since we are also living organisms, it means that the drug must be poisonous to our bodies, too. And it is.

Ingredients in the current flu virus: chicken embryos, formaldehyde, mercury, detergent, and alcohol.
Does this sound like a good idea?

There is a much simpler way: simply make our internal environment hostile to these organisms. Then the virus or germ absolutely cannot survive.

Is this so hard to believe? We know that our carbon-based life forms can only survive in certain limited environments. Suppose you were instantly transported to another planet in the solar system. What if you were suddenly plopped down on the surface of Jupiter or Saturn. How long would you last?

What Environment Does A Virus Germ Need To Survive – And Thrive?

FAVORABLE ENVIRONMENT FOR THE HUMAN BODY: The entire human body has needs and they are – in this order of importance:

The environment our bodies need for maximum health
is exactly the opposite of what the virus needs.

Change #1: Our bodies want to be oxygenated yet the virus germ despises oxygen, and in fact is incinerated by it. So learning proper breathing techniques, wherein we breathe slowly and deeply, is the very best thing we can do for our bodies.

Change #2: Drinking lots of clean, pure water will both oxygenate our bodies and make them less acidic. The body is 80%-90% water and almost no one receives the amount they truly need.

But we need better water than what comes out of our taps: "

“A vast array of pharmaceuticals — including antibiotics, anti-convulsants, mood stabilizers and sex hormones — have been found in the drinking water supplies of at least 41 million Americans, an Associated Press investigation shows.” [http://www.msnbc.msn.com/id/23503485]

Change 3: We need excellent food, the kind that is loaded with the vitamins and minerals that support health, that make our bodies alkaline, rather than acidic. This means vegetables, especially green ones, whole grains, beans and good oil. The health of the body depends upon the health of each individual cell. If the fuel supplied to our cells is inferior – a Big Mac, fries and a shake – then the health of our cells is impossible. And the Standard American Diet (SAD) is highly acidic, therefore creating an environment in which the virus bug can thrive.

Change 4: We need salt – but not the ordinary table salt that most of us use too freely. We need salt in its original, unpolluted form. This was proven by Alexis Carrel in his chicken experiment in 1908 for which Carrel received a Nobel prize. He was able to keep a chicken heart alive for 20 years until he decided to stop changing the alkaline mineral salts every 48 hours. What we learn from Alexis Carrel’s work is that you can keep the body cells alive indefinitely if you maintain the alkaline mineral salts daily.

How To Have Lifelong Immunity To Any Bug In Existence

Mosquitoes will breed in stagnant water. But it would be foolish to say that the mosquito created the stagnant water. Instead, it seeks out an environment that is hospitable to it.

Without taking this analogy too far, we can understand that the virus bug also seeks out a hospitable environment and that is an environment that is anaerobic and acidic. And these are the exact conditions that create sick cells!

The swine flu virus does not CAUSE disease, but rather seeks out an environment where it can thrive best — and that is in oxygen-deprived bodies.

If a virus germ invades an oxygenated, alkaline body – it will die!

There aren’t any victims here. Each and every day we make the choices that create health – or we don’t.

PS: It’s worth noting that cancer cells thrive in the exact same environment as the germ, bacteria, virus or bug: an environment that is anaerobic and acidic. Food for thought? It ought to be.

Home Of +10 Designs
Inspirational Quote of the Day
You have to live in your reality so why construct it with negative expectations.