You are here: Home / Mixed Bag / Is there a Difference Between Alzheimer’s and Dementia? 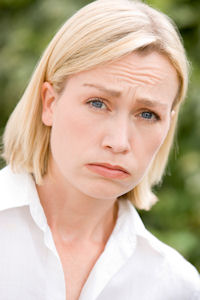 At one point when I was living in another state than my parents, my father had been hospitalized for a short period. I learned later from my mother that during his stay, he had been given a strong medication that had, according to my mother’s report of what the doctor had told her, “triggered” dementia in my father.

Her voice had that “tone” when she informed me of this new condition my father would live with for the rest of his life.

What exactly is it?

I didn’t really know, but I knew it had something to do with brain function.

I didn’t know at the time what exactly the definition of either was. All I knew was that it had something to do with the brain and someway, somehow, it caused people to become forgetful.

Though I didn’t know much about dementia, or Alzheimer’s, I did learn firsthand the effects of dementia after moving back to California where my parents lived to help care for them.

But one day I learned firsthand.

After I moved back to California to help care for my parents, we started a weekly tradition on Saturday mornings of driving to a neighboring town—I’d drive—to Walmart, where my mother would do her weekly shopping. Then we’d go to a local Hometown Buffet for breakfast.

I remember one particular family Saturday morning outings—I was driving, my father was in the passenger’s seat, and my mother was in the backseat. I had just pulled out of the driveway when my father exclaimed, “I thought Ron was coming with us.”

Uhhh…I’m Ron. I was sitting right there in the driver’s seat!

I knew then what my mother was referring to, and what she was going through each day with my father.

On another occasion the three of us were sitting in the living room in my parents’ house one evening watching television.

My father suddenly burst out and asked, “Where is she?”

“My wife,” my father replied.

My mother yelled, “I’M RIGHT HERE. I. I’M YOUR WIFE, YOU CRAZY NUT! NOW GET YOUR MIND OFF THAT CRAZY STUFF AND WATCH T.V.!”

My mother wasn’t the most patient person on the planet.

But then, one’s patience is bound to wane when dealing with the stress associated with caring for a loved one with dementia.

The stress of caring for a loved one with dementia, Alzheimer’s, or simply aging can be overwhelming. I wish I had known that simple tasks, like journaling, can help in relieving caregiver stress.

So, what is the difference between Alzheimer’s and dementia?

It wasn’t until after my parents had both passed, and I ended up attending a workshop on Alzheimer’s and dementia late last Spring that I actually learned that indeed, there is a difference.

The simplest way to think of it is Alzheimer’s one form of dementia. In other words, Alzheimer’s is simply a small “slice” of the dementia pie.

AARP describes dementia as the loss of brain function that occurs with certain diseases. Most effected are memory, thinking, language, judgment, and behavior.

AARP also explains that Alzheimer’s is one form of dementia that gradually gets worse over time.

So below I have created an infographic that further explains the difference between Alzheimer’s and dementia, how the diseases progress, and then some resources you can turn to if you have a loved one who is dealing with either of these illnesses.