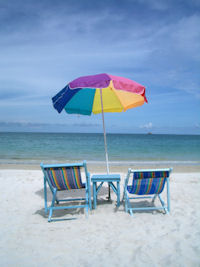 If you have ever been to California, Hawaii or Florida you might have heard the locals saying, "Why would I go on vacation? I live on vacation!" And that just may be true. Living in a tropical or beachside city might be one of the happiest places to live.

Living the good life in paradise, although it comes with a price, is something that many people want and something that some take for granted. Waking up to the sound of the ocean or surrounded by tropical plants and a green atmosphere is priceless and many can only get that in their dreams or possibly on a vacation of a lifetime.

Other than a tropical or beachside city being beautiful, there are other perks to living in paradise. According to myhealthnewsdaily.com, there was a study which looked at over 48 million people in England. The study concluded that the closer one lives to the coast, the better health they reported and that is taking into account other factors including age and sex. Although this study was conducted in England, the factors that come into play are the same as it would be in the US.

Travel + Leisure magazine also conducted a survey that figured which states had the most attractive people. Attractive doesn`t always mean healthier but looking good can absolutely be a sign of good health.

Among their top ten was San Diego, California, Miami, Florida and Honolulu, Hawaii. Is it a coincidence that three of these places were coastal? There are many reasons as to why people might be more attractive in some states and less in others. Maybe people are more likely to indulge in a body treatment in Miami while San Diego weather permits people to work out and run by the beach all year long (even in the dead of winter). The surfing in Honolulu might be a great total body workout while the water might do wonders for Hawaiian`s skin.  There are many factors that could come into the play here and its not to say that only people living by the coast are attractive but it seems to be a trend.

The University of Vermont also did a study where they determined the happiest and saddest states and cities in the US using Twitter– yes, Twitter! They used geotagged tweets from 2011 and looked at how often positive and negative words such as "cheers" and unsurprisingly "beach," were used. Hawaii came out as the happiest state while Napa, California proved to be the happiest city. Another coincidence?

Whether it is lack of stress, the smell of the salty ocean water or being able to go outside basically any time of year, living coastal is living like many can`t imagine. Who can say they went surfing on their lunch break or took the dog out for a stroll in shorts in January? Who can wear flip flops all year long? It’s hard to say that living by the beach will make you live longer, make you happier or make your prettier but it may just be the mindset in coastal areas that give locals a better sense of health.

So does living by the beach or in a tropical climate mean a better life? Not necessarily because there are other places where people are happy, healthy and beautiful but the good life in the coastal cities of the US can definitely not be denied!