You are here: Home / Mixed Bag / The Pritikin Diet

If you’re looking for a healthy weight loss diet plan, look no further than the Pritikin diet. As explained in his fascinating book, The Pritikin Principle: The Calorie Density Solution, Robert Pritikin, son of founder Natahn Pritikin, offers a "calorie density solution" that will work for anyone.

The epidemic spread of overweight and obesity is essentially a modern phenomenon. More than of the adult United States population is now overweight – or even obese. In fact, the weight of our population is greater than at any other time in human history? But why? According to Robert Pritikin in, the answer is that we are consuming more "calorie dense food" than at any time in history.

Healthy food, food that will help us lose weight, is filled with water and fiber. Calorie dense food is not. And by using a Pritikin example we can see why so many of us are overweight.

Let’s use the common vegetable corn as our example: in its a natural and unprocessed state, corn has about 490 calories per pound. The humble corn kernel contains copious amounts of both water and fiber. Water, of course, has no calories, insoluble fiber has none and soluble fiber has so few calories that they’re almost uncountable. But the great thing about both water and fiber is that they fill us up. So corn is low in calories but high in satisfaction. No starvation for us! 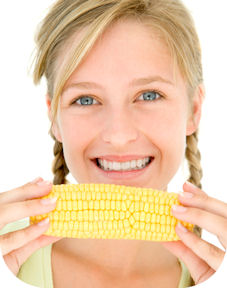 Dry and grind that corn meal even finer so that even more calories can be packed together and now we’ve got corn flakes, a favorite American breakfast. Unfortunately, our cornflakes have 1770 calories per pound! Our tortillas and cornflakes are now loaded with calories. In other words they are much more calorically dense than our original corn.

Now let’s throw in some oil, oil which has 9 calories per gram instead of only 4 calories like carbohydrates. Add that to our corn and then fry these new chips in oil and now we’ve got a food that contains 2450 calories per pound. No wonder we can’t lose weight.

No HUNGER On The Pritikin Program

What of the main reasons that we all fail on a diet is because we get hungry. It’s insanity to believe that we can use an iron will and control our hunger for the rest of our lives. There may be such a human being but I don’t know any – and I’m definitely not one of them.

An example will explain how to lower our calorie density: let’s say you are a pasta lover like I am. You want to eat your pasta — but you want to lose weight. How can we do that?

Meals between 600 – 900 calories per pound = will cause a weight gain in every one except stirringly active young people who exercised rigorously every day.

900+ calories per pound is a one-way trip to obesity for just about everyone.

Eat whole, unprocessed and natural carbohydrate rich foods. This simply means eating whole, unprocessed grains, vegetables and fruit like dark green lettuce, potatoes, squash, all kinds of beans, apples, pears, strawberries and bananas. One processed grain that is acceptable is oatmeal because it is cooked in water and therefore has a low calorie density, as well as being nutritious. It is obvious that pasta is a better choice than a piece of bread or a cracker for example. Bread and crackers are compressed and dry and therefore their calories are very concentrated. 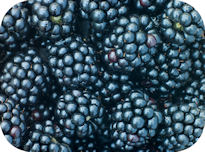 Eat foods that are low in fat. Fat has an amazing calorie count of 4000 calories per pound! Some are a bit lower and some are a bit higher but that is the average count. The Pritikin program allows no more than 3 1/2 ounces of fish, poultry or meat every day. It also allows low-fat dairy products.

Eat frequently. Hunger is the single biggest cause of diet failure and with three full meals per day and two snacks, there isn’t any reason to be hungry.

There are no portion controls at all on the Pritikin diet.

There is no need to count calories.

Our Grade For The Pritikin Die: A+

Robert Pritikin states that following his plan will overcome such horrors as heart disease, high blood pressure, diabetes, overweight and many other degenerative diseases. There is a lot of support for his program as well, with lots of Pritikin recipes and bookss – and even the Pritikin Longevity Center, if you need help to get started. This is a sane and sensible diet. All you have to do is know the average calorie density of every meal and you will discover rapid and healthy weight loss without hunger.

Home Of +10 Designs
Inspirational Quote of the Day
Freedom can only come to the mind that assumes complete responsibility for the creation of its experience.