I LOVE westerns. Movies, TV, books. And the wonderful Tombstone movie with Kurt Russell, Val Kilmer and other greats has a classic western scene: a gunfight between Doc Holliday (Val Kilmer) and Johnny Ringo (Michael Biehn). There are so many awesome nuances to this scene …

This is a really brutal gunfight. Look how close they are to each other. It’s almost certain that one of them – perhaps both of them – are going to die. Johnny Ringo and Doc had a meeting earlier in a saloon where Ringo display his contempt for Doc. Holliday had tuberculosis and clearly was very self destructive. He hung out in saloons all night, drank copious amounts of whisky constantly and is smoking a cigarette in this amazing scene. But he’s here because he is a true friend to Wyatt Earp. Ringo is waiting for Wyatt who is not only slower than Johnny but Earp also carries a gun with a very long barrel which would obviously take longer to draw than the classic “six shooter”. Wyatt is going to meet Ringo but knows that he will die. So Doc has managed to get to the meeting place before Wyatt so as to save his friend.

“I’m your Huckleberry” this is certainly the most famous line in the movie. A “huckleberry” is a Victorian term meaning “the right person for the job”. Ringo is really cocky, knowing he can outdraw Wyatt Earp – and then he sees Doc and isn’t so confident. But Doc is the man for the job of fighting Johnny Ringo.

BTW: there are arguments that Kilmer actually said, “I’m your huckle bearer” which means a pall bearer. This would seem to fit – but it’s not true. I saw an interview with Val Kilmer who confirmed the use of ‘huckleberry’ plus you can find a copy of the Tombstone script confirming the ‘berry’.

“You’re no daisy”: a daisy in this context means the best, the cream of the crop. This is a Victorian term also and supposedly the real Doc actually used this phrase.

Ringo tries to get out of this fight, but finally accepts it. Notice the way his eyes get larger when he calls Doc a “lunger”. He must certainly have been somewhat crazy and was certainly a vile person but he gets credit for some courage. Perhaps he thought that because Doc was sick he would be slower than normal. Oops. Bad assumption, Johnny.

“Say when”: this is beyond cool. Doc is so confident he smokes a cigarette throughout this classic western duel. As an acquaintance of mine said, “He is really a bad ass!” But the thing is that Doc is a man with nothing to lose. He knew he was sick and wouldn’t live long anyway. In fact, after he shoots Ringo and keeps urging him to “come on”. Is he hoping that Ringo will kill him? I would rather die in a gunfight than wilt away in a sick bed and assuredly Doc would want the same.

Tombstone included a lot of historical accuracy but this scene wasn’t true to history at all. Apparently Ringo was shot with a rifle from a distance and Doc died in a sanitarium at the young age of only 36.

You won’t find a western scene that is any better than this one! 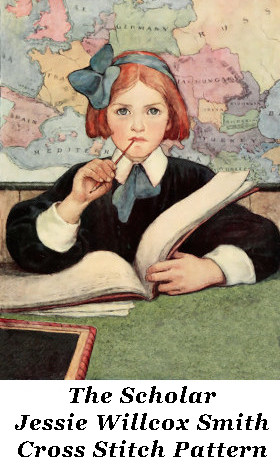