You are here: Home / Mixed Bag / Top 5 Psychological Disorders That We Dread 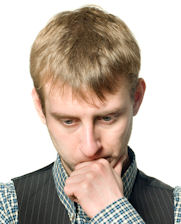 When you think about health, most of the time you find that you will only consider the physical aspect of it. In fact, many people believe that true health involves avoiding all physical issues. Holistic health actually affects many other areas and one of the areas that are commonly ignored is the mental or the psychological health. Many people believe that the only people who have psychological issues are mad people. The sad thing is that many people have psychological disorders and they may not realize it. Some of the mental disorders that affect people are:

It is very normal to be sad at times. It is impossible to find a person who is always happy and has never had a moment where he or she was a bit low or sad for any reason. Sometimes this sadness can be long and severe and this may result indepression. This is a very serious condition and it is a major reason why many people commit suicide. The sad thing is that depression is treatable and many people may suffer for a long time without realizing that they can get help.

Depression can be characterized by increased feelings of despair and hopelessness and this has different levels, which range from simple to very severe. One of the things that people believe is that people who develop depression are those that have serious problems or that they are weak and therefore unable to deal with issues well. This is not true because anyone can be depressed and all cases are unique.

This mood disorder is characterized by manic periods and depression. In some cases, people can refer to a person with this disorder as extremely moody without knowing the root cause of the fluctuating and serious moods. In the manic state, the person will experience extreme feelings of joy and restlessness, and they may even find that they are extremely creative at this state. This is followed by severe depression and the person can even be suicidal in this phase.

Everyone has a unique personality that is different from other people. You may find that you are similar to another person but it is impossible to be exactly alike. Some psychological disorders are concerned with the personality manifestation and these usually affect the perception people have of the individual. A good example of such a disorder is the multiple personality disorder. In this case, the person will have two distinct personalities that are like two people in the same body. In some cases, one personality may be aware of the existence of the other one, and in other cases, it might not.

These psychological disorders can also be categorized as eating disorders. A person with anorexia or bulimia usually has a problem with the way that they perceive themselves. This will cause them to have a distorted eating habit that is established with an aim of getting the body to be the best way it can be, according the biased perception of the individual. In the case of anorexia, the person will eat unusually small amounts of food like a single biscuit for an entire day. For bulimia, the person will binge eat and then he or she will force the food out of the body by inducing vomiting. These are conditions that are common for teenagers especially females who have body image issues.

This psychological disorder is very common especially for children. Some people may notice that a child has some issues in concentrating on one thing at a time or they may dismiss this because they think that all children have some problems with their concentration. This is not the case as in some cases this can be a sign that the child has attention deficit hyperactivity disorder. Adults and teenagers can also experience this condition.

It is important for people to be aware of these disorders and to consider their psychological well-being before they conclude that they are well. The stigma associated with these disorders should be minimized so that you can get help whenever you need it to be truly healthy.

Jamie Watt writes about health and fitness. She suggests some great tips on dental care in his article. Browse through the mentioned link to know more about a dentist in Austin.