You are here: Home / Mixed Bag / What Natural Light Can Do For You 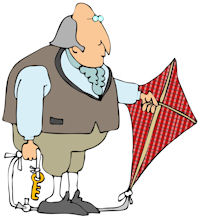 Reliance on electricity has been a part of everyday life ever since the fabled key-tied-to-a-kite-string seeped its way into American consciousness. From Ben Franklin’s fateful discovery to now, though, conservationists beckon and greener alternatives seem aplenty. For those weary of the glow of fluorescence, throwing open the blinds can have positive effects on your body, your mood and even your wallet.

Of the many parts of your body that are exposed to the sun regularly, your eyes and skin seem the most susceptible. Although an overexposure to sunlight can prove harmful, students that were exposed to natural sunlight in proper doses attended school more frequently and performed better on standardized testing than those not exposed. Myopia, or near-sightedness, in children and young adults was also greatly reduced when exposed to sunlight in classrooms, libraries and even at home.

Hospitals are another setting where natural sunlight has made a difference throughout history. Before the inception of antibiotics, exposure to the sun was a common treatment for Tuberculosis during its heyday in the 1800s. This treatment, known as heliotherapy, was retired toward the beginning of the twentieth century but is making a comeback in modern hospitals as a way to speed up the recovery process and overall experience of patients.

* Students exposed to proper sunlight attended school more frequently and performed better on standardized testing than those not exposed.
* Myopia is greatly reduced when exposed to proper amounts of sunlight.
* Heliotherapy is making a comeback as a treatment for certain diseases.

Long hospital stays are costly for those that need around-the-clock care and also for healthcare professionals whose valuable time can mean the difference between life and death. Heating and cooling hospitals, patient rooms, private homes and businesses is an often taken for granted expense, but with the help of natural light, can be greatly reduced.

Regulating temperature in places with large numbers of windows can send energy costs through the roof, especially where climates change frequently. However, windows equipped with window film can not only aid in climate control, but can also reduce the amount of money spent on electricity and the amount of sun damage done to furniture, people and anything else on the other side of the glass.

Aside from the obvious health and monetary benefits, there are environmental benefits to natural sunlight as well. Being one of the most underutilized forms of reusable energy on the planet, solar power is capable of cutting down on energy costs and overall pollution, while leading to a more sustainable existence.

For many, natural light may seem insignificant, especially in places where cumbersome HVAC units are already installed. But, at the end of the day, an investment in renewable energy is an investment in a happier, healthier tomorrow. Homes, businesses and hospitals powered entirely by solar energy may be a long way out, but a step toward sustainability is a step in the right direction.

* Solar polar can cut down on energy costs and pollution.
* An investment in renewable energy is an investment in a better tomorrow.
* A step toward sustainability is a step in the right direction.

Nicholas Haywood is an eco-friendly home improvement specialist and DIY enthusiast with an eye for interior design. He is slightly prone to OCD behavior as he often gets lost in thought over ways to maximize efficiency in living spaces both at home and the workplace.